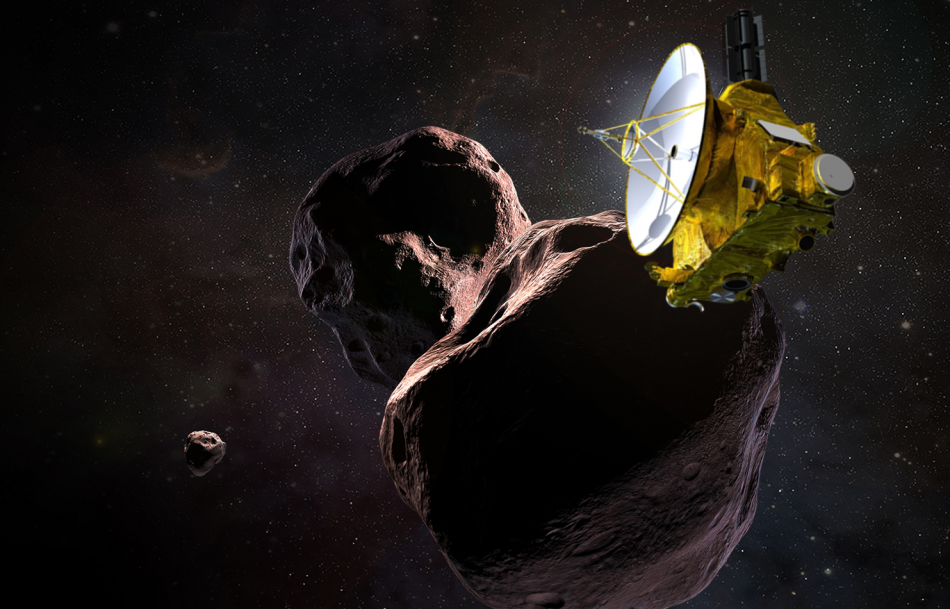 On Eve Of New Horizons Flyby, ‘Ultima Thule’ Still Holding Onto Its Mysteries

A day before NASA’s New Horizons spacecraft closes in on a frozen outpost nicknamed Ultima Thule 4.1 billion miles (6.6 billion kilometers) from Earth, basic facts about the city-sized object continued to elude scientists Sunday as the ground team braced for a deluge of data and imagery that should unmask the unexplored world at the frontier of the solar system.

It's happening! @NASANewHorizons is hours away from performing the farthest flyby in history as it approaches the Kuiper Belt object #UltimaThule! Info on media briefings, online coverage of the #UltimaFlyby (and more!) is all here: https://t.co/5CgtAUOUZ9

No more than 20 miles (30 kilometers) long, Ultima Thule — officially named 2014 MU69 — is a billion miles beyond Pluto, the last world New Horizons visited. It’s reddish in color, and scientists have pinpointed its location with remarkable precision for an object just discovered in 2014.

Other than that, Ultima Thule’s appearance is relegated to the imaginations of scientists and space enthusiasts. That will change in a hurry once pictures snapped by the New Horizons spacecraft’s black-and-white and color cameras begin coming back to Earth on Tuesday and Wednesday.

“We don’t know a thing about MU69,” said Alan Stern, New Horizons principal investigator from the Southwest Research Institute. “We’ve never, in the history of spaceflight, gone to a target that we knew less about, and it’s remarkable that we’re on the verge of knowing a great deal about this.