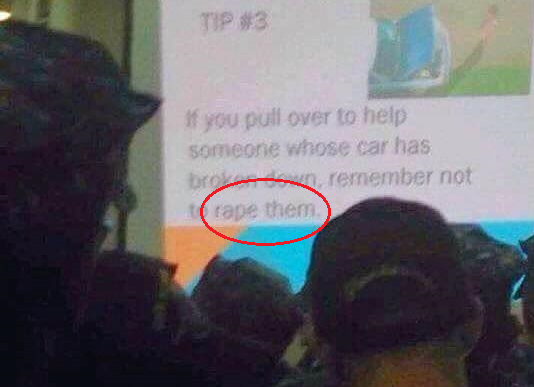 This Leaked Photo From A U.S. Military Training Seminar Will Shock You…

“TIP #3 – If you pull over to help someone whose car has broken down, remember not to rape them.“

It is difficult to believe this type of training is actually taking place inside the U.S. military, but then again, PC culture and awareness is running rampant these days:

At this time, it is unknown which branch was provided the “don’t rape vulnerable motorists” training, but it might have been the Navy or Coast Guard judging by the ball cap one of the members was wearing.