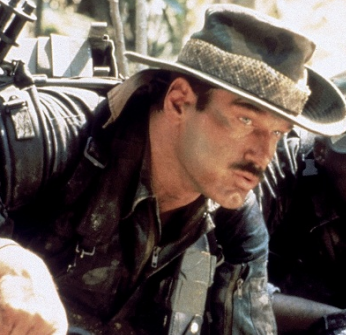 Jesse Ventura, the former governor of Minnesota, is considering running against President Donald Trump in 2020.

In an interview with TMZ, the ex-Navy Seal, pro wrestler and actor said:

“I haven’t made a decision yet because it’s a long time off, but if I do do it, rest assured… If I do it, Trump will not have a chance. Because for one, Trump knows wrestling — he’s participated in two WrestleManias. He knows he can never out-talk a wrestler, and I am the greatest talker wrestling’s ever had. So if I go for it, he’s history and he knows it.”

Ventura, 67, revealed his platform would mostly center around cannabis legalization and alternative energy.

“We gotta get away from fossil fuels, we gotta go to the sun for energy,” he said. “It’s time. The Greens have shown some interest.”

Also known as “The Body” in his wrestling days, Ventura mentioned he might return to the ring for WrestleMania, which is set to kick off later this year in Minneapolis.