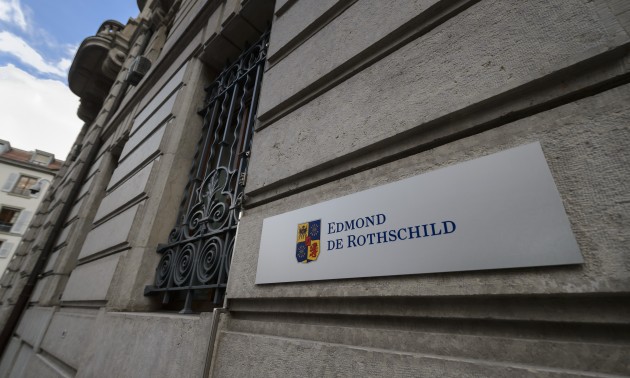 An event being organized on social media has revealed nearly 2,000 people are interested in blockading a bank owned by the Rothschild family in Lyon, France on January 9th:

Nearly 2,000 people already interested in a specific blockade on January 9 in Lyon: that of the bank… Rothschild. # GiletsJaunes 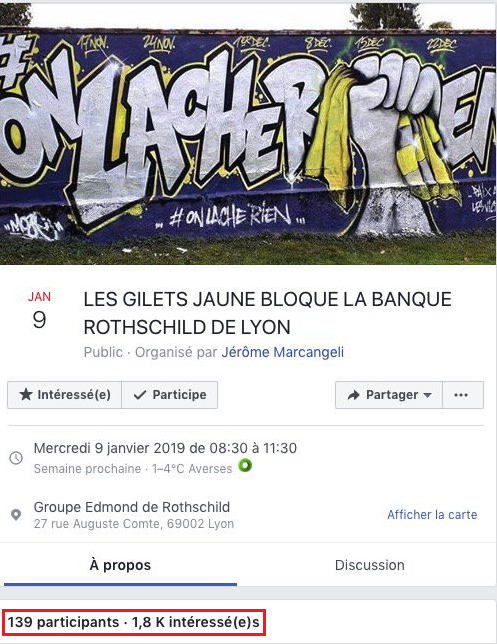 Translation (for above image): 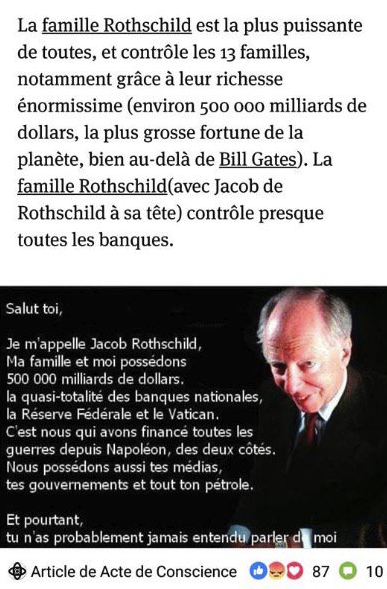 I am Jacob Rothschild,

Almost all national banks, the Federal Reserve and the Vatican.

It is we who have financed all the wars since Napoleon, on both sides.

We also own the media and your governments.

And yet, you probably never heard of me.