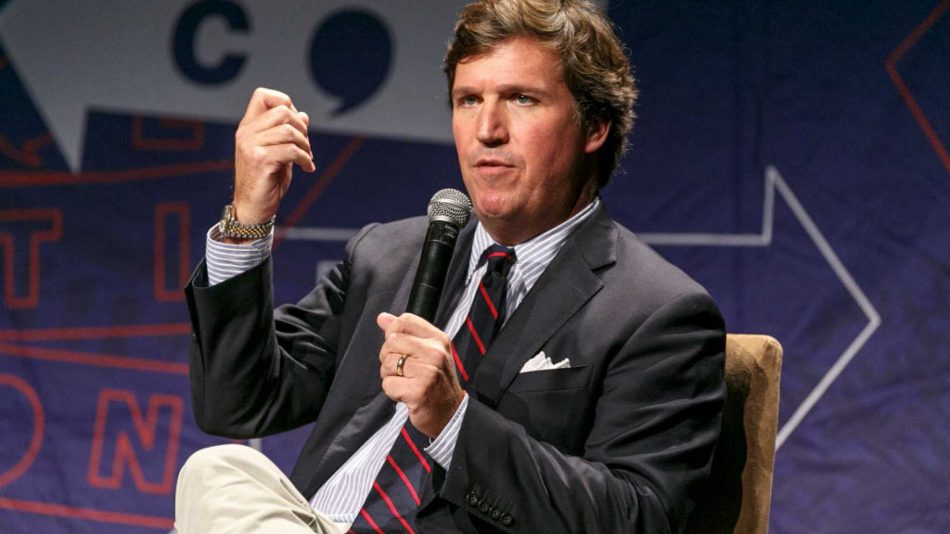 Mark Hughes, a screenwriter and Forbes contributor, recently called Fox News Host Tucker Carlson a “worthless white nationalist animal with no value or humanity” on his verified Twitter account in response to a segment Tucker had on his show that discussed the decline of men in America:

Carlson is a worthless white nationalist animal with no value or humanity.

Most recently, Hughes directly attacked the network itself calling it a “rancid sewer” full of “filthy Nazi scum,” along with some other colorful other insults.

He claims Fox acts as a “Russian asset” and says the network has “no right to exist”:

Fox News is a rancid sewer of filthy Nazi scum, pedophiles, rapists, & traitors. FN acts as a Russian asset promoting domestic terrorism & sedition, & encourages attacks against the USA by foreign enemies. Fox News has no legitimacy or right to exist.

Some other remarks Hughes has made:

A GOP embracing pedophilia, rape, neo-Nazism, treason, & attacks against USA by foreign enemies is a GOP that can shut its ignorant filthy mouth a/b women dancing or using profanity to describe the deranged racist sexual predator in the WH who regularly uses slurs & vulgarities.

McConnell is waiting for permission from the Russian govt that bought him & the entire GOP. McConnell is a criminal and a traitor, like the rest of the GOP leadership. The GOP needs to be dismantled as a criminal gang & their leadership imprisoned for their rampant crimes.

Tucker Carlson is a filthy white nationalist who makes America dirtier every second he remains in it. Fox News is openly promoting and disseminating Nazi propaganda.

Here is a recent article Hughes wrote for Forbes, which if you notice, is centered around entertainment and totally unrelated to politics:

It’s only January 4th and 2019 is already shaping up to be a wild year.

With the recent turnover of the House, these folks have become emboldened and smell blood in the water. They’ll stop at nothing to shut down conservatives and those who lean right of center.

Their ultimate goal: to either impeach and eject President Trump from the White House or retake it in 2020.