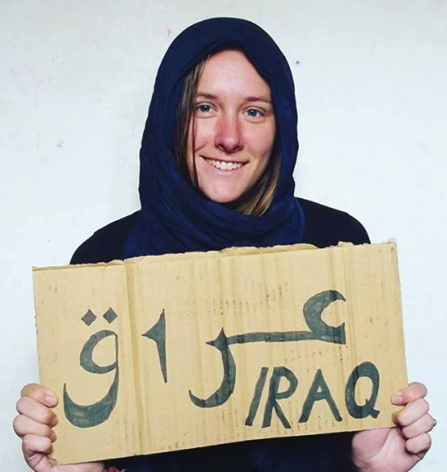 Girls LOVE Travel, a global community of active and aspiring female travelers providing resources and empowerment to one another through safety, socializing and support, has apparently inspired one of its members to hitchhike alone in Iraq.

I just wanted to share that there is love and warmth everywhere in the world. You just need the wisdom and courage to reach out and grasp it. Open your minds and hearts! We are the people showing others that the world is a place in which solo females can travel to its far corners. Happy 2019. Let’s hit the road.

Is this a wise decision? Probably not…

In December, two young Scandinavian tourists were kidnapped and beheaded in the Moroccan mountains.

The mutilated bodies of university students Louisa Vesterager Jespersen, 24, of Denmark, and 28-year-old Maren Ueland, of Norway, were found on Monday at an isolated campsite two hours’ walk from the tourist village of Imlil near Mount Toubkal.

Moroccan authorities believe four suspects in the killings had traveled to the Atlas Mountains intent on committing a crime, but had not selected a target in advance.

They were apparently acting on their own initiative, even though they had just pledged allegiance to Islamic State, an official said on Sunday.

UPDATE #1: The woman reported she was assaulted and “almost raped” while hitchhiking in Iran on her way to Iraq: 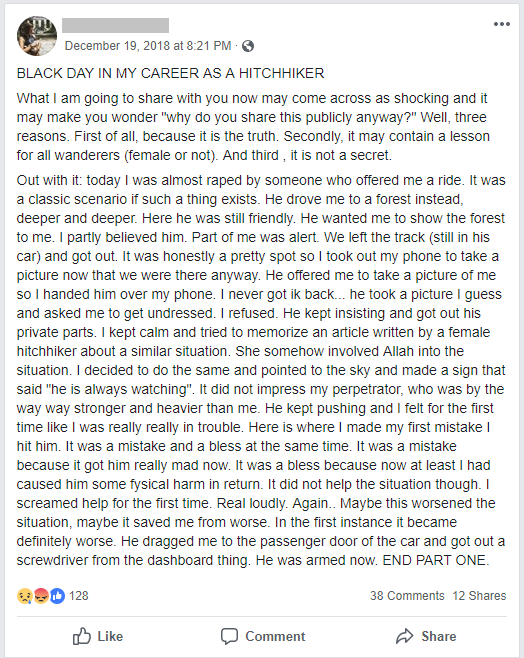 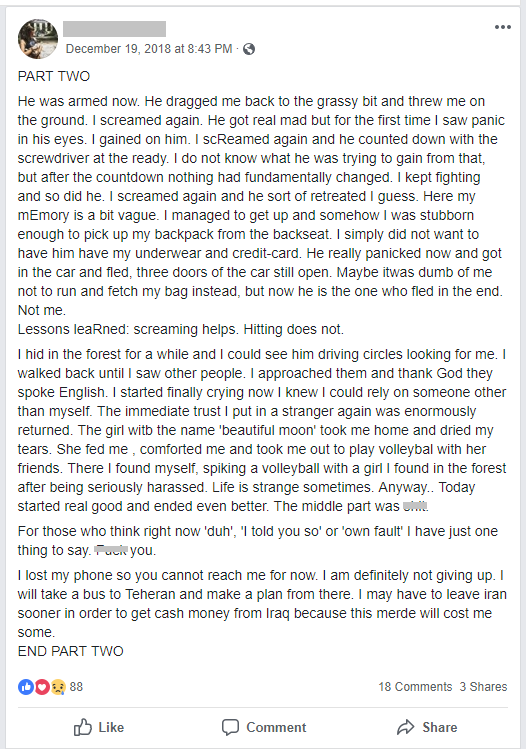 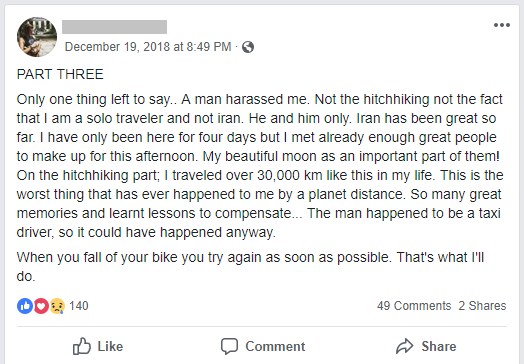 UPDATE #2: Here are her first Facebook posts after arriving in Iraq: 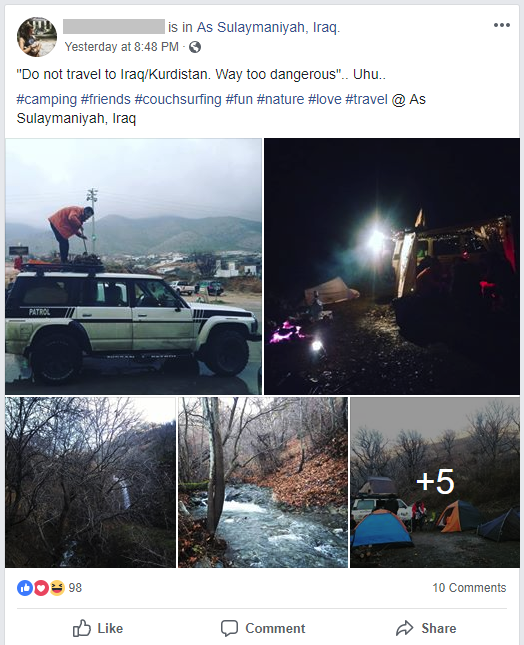 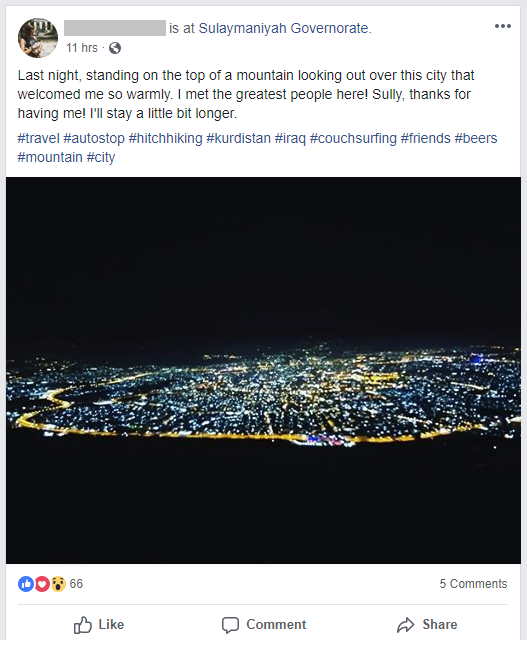