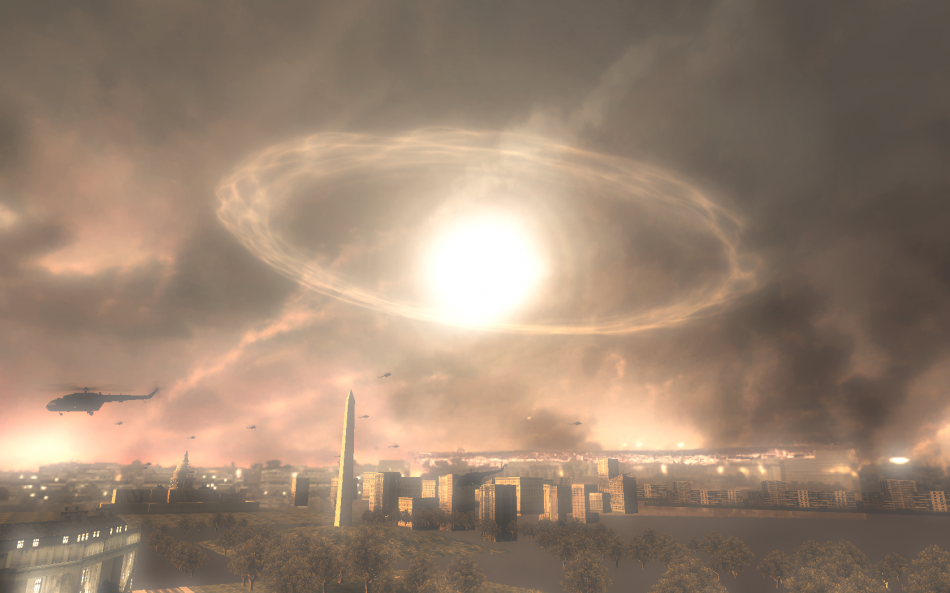 Homeland Security Executive Director Warns Of “Imminent Situation That May Impact Us All, Coast To Coast”

On Thursday, Dr. Peter Vincent Pry, an executive director of the “Task Force on National & Homeland Security,” posted a dire warning on Twitter.

Pry prefaced his warning by saying he has begun the initial steps in “scheduling interviews,” but did not mention who he would be speaking with exactly:

Hello to all of those that I've began the initial steps of scheduling interviews with. I've had innumerable roadblocks in regards to spreading my message (EMP, preparedness, etc.) Many of you know my situation in more detail but please be patient. God Bless.

Next, he stated “when the opportunity presents itself” he will inform anyone who cares to listen:

When the opportunity presents itself for me to set the record straight, I will take it and inform as many who will or care to listen.

In order to preserve my personal security, I beg of my friends and colleagues to use discretion in what they say and communicate to or about me.

In Pry’s last message, he urged everyone reading to stockpile food and water “as quickly as possible” and to “prepare for an imminent situation” that would affect the entire country: 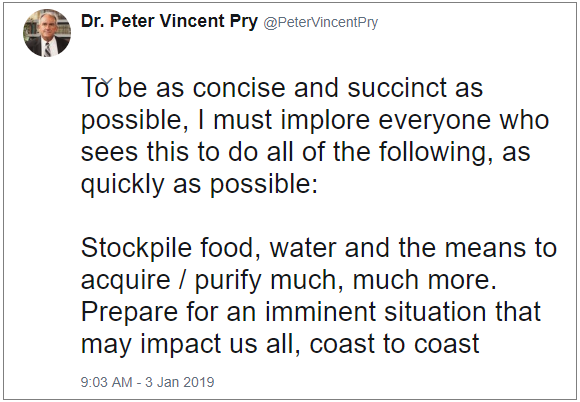 To be as concise and succinct as possible, I must implore everyone who sees this to do all of the following, as quickly as possible:

Stockpile food, water and the means to acquire / purify much, much more. Prepare for an imminent situation that may impact us all, coast to coast 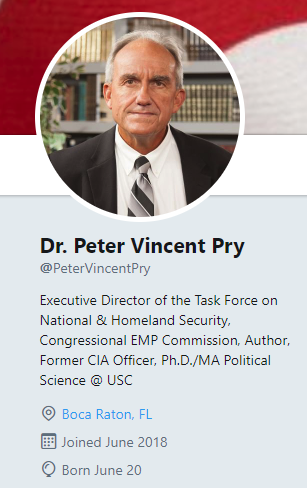 On the website EMPact America, his bio is as follows:

Dr. Peter Vincent Pry is Executive Director of the Task Force on National and Homeland Security, a Congressional Advisory Board dedicated to achieving protection of the United States from electromagnetic pulse (EMP), cyber attack, mass destruction terrorism and other threats to civilian critical infrastructures on an accelerated basis. Dr. Pry also is Director of the United States Nuclear Strategy Forum, an advisory board to Congress on policies to counter Weapons of Mass Destruction.

While serving on the HASC, Dr. Pry was chief advisor to the Vice Chairman of the House Armed Services Committee and the Vice Chairman of the House Homeland Security Committee, and to the Chairman of the Terrorism Panel. Dr. Pry played a key role: running hearings in Congress that warned terrorists and rogue states could pose an EMP threat, establishing the Congressional EMP Commission, helping the Commission develop plans to protect the United States from EMP, and working closely with senior scientists who first discovered the nuclear EMP phenomenon.

Dr. Pry has written numerous books on national security issues, including Apocalypse Unknown: The Struggle To Protect America From An Electromagnetic Pulse Catastrophe; Electric Armageddon: Civil-Military Preparedness For An Electromagnetic Pulse Catastrophe; War Scare: Russia and America on the Nuclear Brink; Nuclear Wars: Exchanges and Outcomes; The Strategic Nuclear Balance: And Why It Matters; and Israel’s Nuclear Arsenal. Dr. Pry often appears on TV and radio as an expert on national security issues. The BBC made his book War Scare into a two-hour TV documentary Soviet War Scare 1983 and his book Electric Armageddon was the basis for another TV documentary Electronic Armageddon made by the National Geographic. 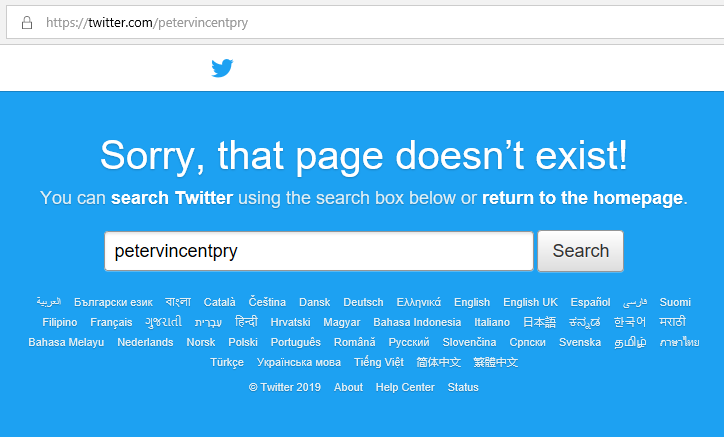