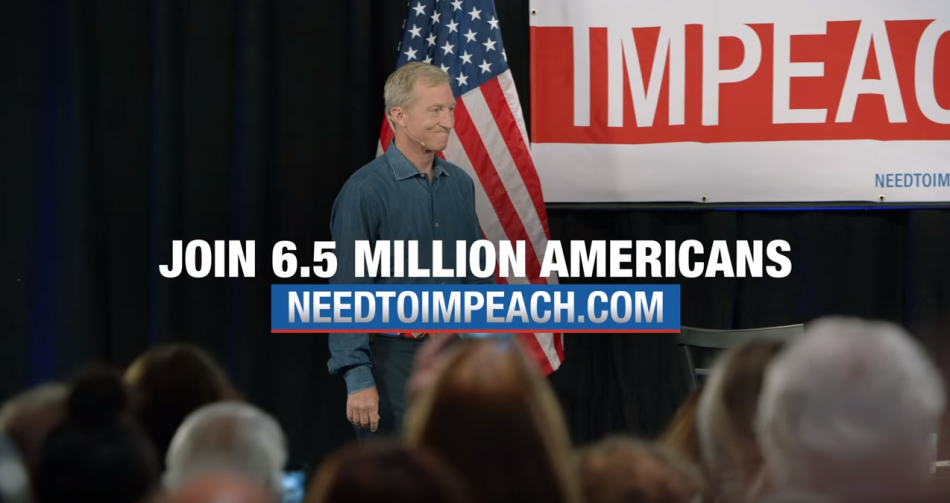 Tom Steyer, a left-wing Democrat who is known for making very large donations to the DNC, has launched a “Need to Impeach” ad campaign in Iowa against President Donald Trump.

The question isn’t whether he should be impeached anymore.

He’s the most corrupt president in American history, and we all know it.

The question now is how fast can we move past this president so we can build a more just and prosperous future.

Please join the more than six and a half million Americans who are demanding action now, because there’s nothing more powerful than the unified voice of the American people.

Together we will make this happen.

Steyer’s YouTube video was posted on January 4, 2019 and has only received 363 views so far. The comment section has been disabled and like/dislike statistics are hidden:

The Cedar Rapids, Iowa Gazette reported Friday that this new impeachment effort from Steyer is aimed towards newly-elected congresswomen in particular: