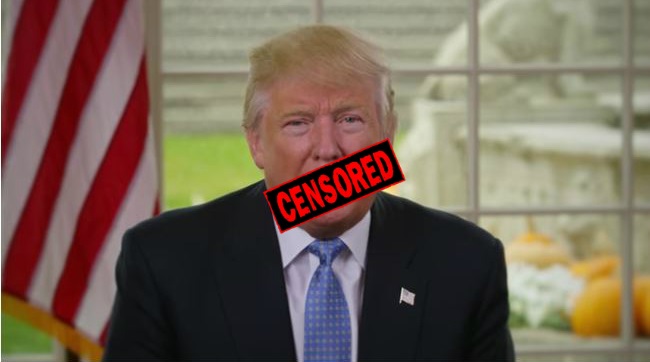 President Donald Trump planned on giving an important 8-minute speech Tuesday evening at 9pm ET to reportedly address immigration issues as well as national security, but major broadcast networks have not yet committed to airing it.

I am pleased to inform you that I will Address the Nation on the Humanitarian and National Security crisis on our Southern Border. Tuesday night at 9:00 P.M. Eastern.

NBC, ABC, CBS and even Fox may or may not interrupt their regularly scheduled broadcasts to show Trump’s rare address from the Oval Office.

According to The New York Times:

The four major broadcast networks confirmed receiving the White House request on Monday for Mr. Trump to speak during the 9 p.m. Eastern Standard Time slot, but producers had not decided whether to grant him the time. Pre-empting prime-time coverage is an expensive proposition for television executives, who have sold millions of dollars’ worth of advertising against entertainment programming.

Surprisingly, CNN has agreed to air the address.

White House requests to interrupt prime-time programming are extremely rare, so this particular speech must be important.

If the mainstream media is going to start acting like this towards a sitting President of the United States, perhaps it is time for Trump to choose some alternative platforms to get his message out (much like how he has done on Twitter).

YouTube, Facebook, Twitch, Periscope and other streaming services could be an option. But censorship is quite heavy on those platforms too.

We’ve really reached a crazy point in time when even the president is getting censored!