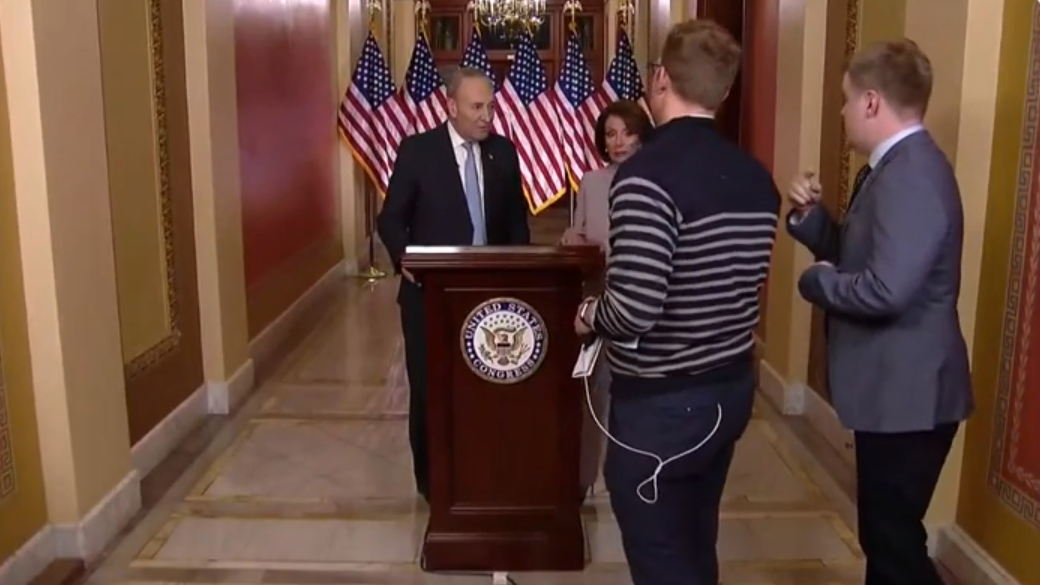 Near the very end of the video, Schumer and Pelosi were caught making some strange remarks before the camera cut out.

Pelosi: I ex- … His remarks made our remarks…

Schumer: What are we supposed to do?

Staff: …Supposed to talk to the (inaudible).

It seems like Schumer reposted an edited version of his original tweet shortly after it was deleted:

There is no excuse for hurting millions of Americans over a policy difference. Federal workers are about to miss a paycheck. Some families can’t get a mortgage to buy a new home. Farmers and small businesses won’t get loans they need. #TrumpShutdown pic.twitter.com/Abke9qAtjH