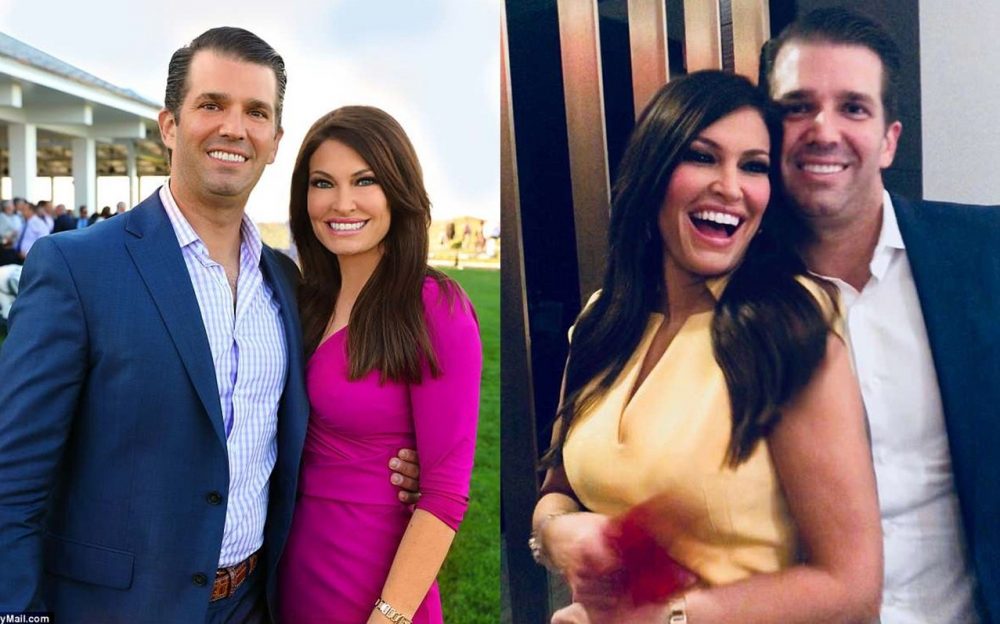 Kimberly Guilfoyle, a former Fox News anchor and Vice Chairwoman of America First Action PAC, said in an email sent to Republicans that tonight’s speech from the Oval Office will be “historic.”

President Trump will deliver a National Address at 9 PM ET TONIGHT from the Oval Office to fight for the wall he promised you.

Before this historic speech, the Official PAC in Support of the President is collecting petitions to show Democrats in Congress just how many Americans support the wall. 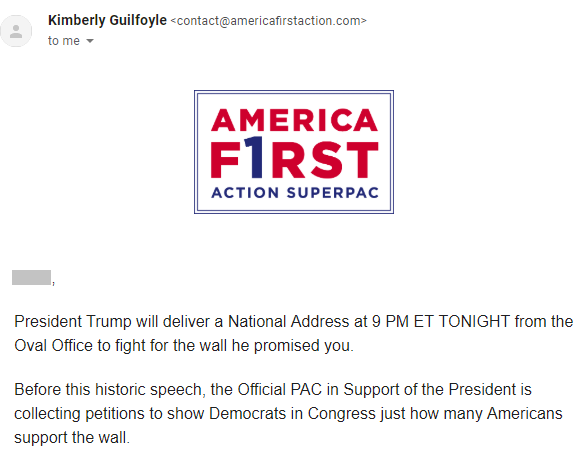 We watched Democrats go to unbelievable lengths to obstruct the President for two full years while we had a Republican House and Senate.

Republicans now have EVERY right in the world to put up a tough fight against Nancy Pelosi to ensure we get the wall that nearly 63 million Americans voted for back on November 8, 2016.

We will not let Democrats open up our borders to the entire world. This is a fight to save America — and it’s a fight that we will NEVER surrender.

Now we MUST stand with our President at the most critical point in our mission to secure our border and save our country.