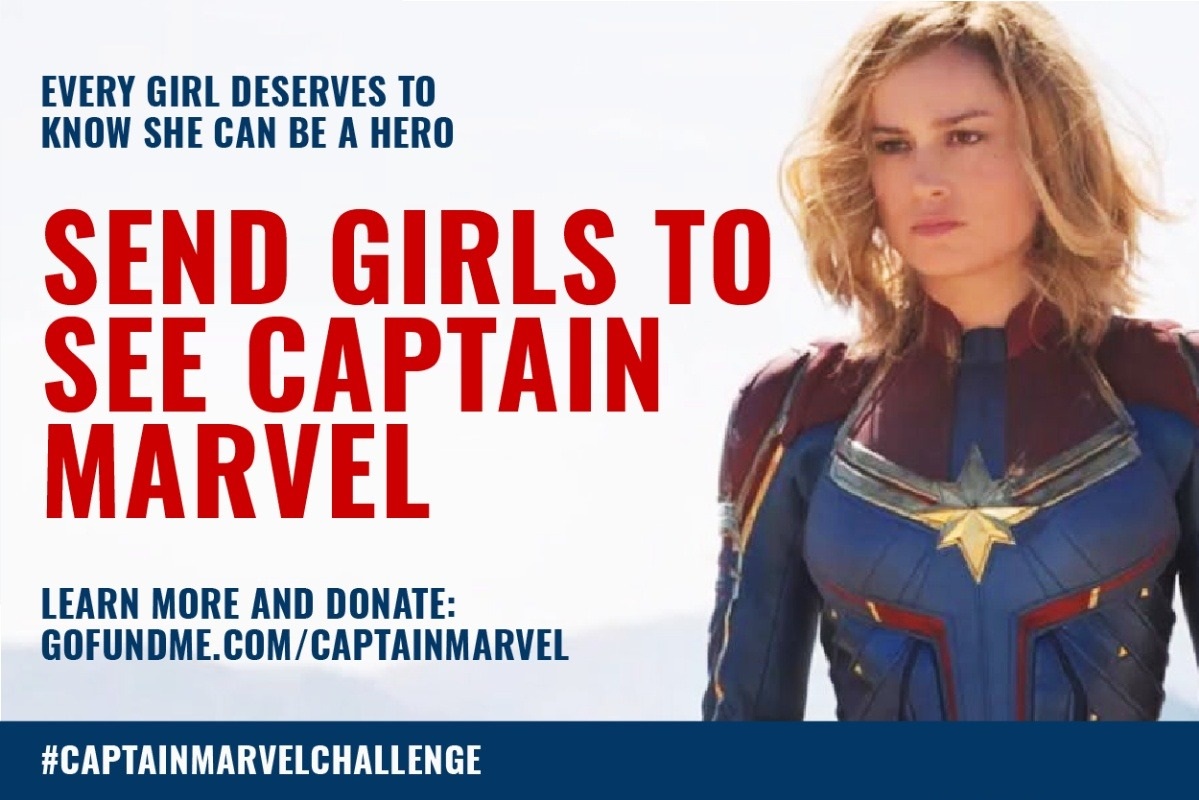 A new feminist-themed GoFundMe campaign aims to raise enough money so “every girl” can see the upcoming movie Captain Marvel.

Titled ‘Send Girls To See Captain Marvel’ and using the social media hashtag #CAPTAINMARVELCHALLENGE, the campaign has so far raised over $6,000.

Everyone should have an opportunity to see women in roles they can aspire to one day be, roles that show women as strong, smart and bold. From a teacher to a fighter pilot—or a superhero. This is an opportunity to continue to empower girls to be just that.

Marvel Studios’ first female led film, “Captain Marvel” offers this type of important representation. We want to help girls from various backgrounds have the opportunity to see the film by providing tickets and renting out theaters.

The campaign includes a “cost breakdown” which shows exactly how much money it would take to send one girl to a showing of the film:

That totals a whopping $43 per kid!

It also mentions how any leftover funds will go to non-profit organizations centered around helping young girls:

Any additional funds raised outside of hosting the experience will go towards the non-profits Girls Inc. LA and We Have Stories to support programmatic efforts.

We Have Stories is a 501(c)(3) non-profit organization that provides financial grants for resources and support to storytellers and content creators from diverse communities to help increase positive representation of these groups in media. At We Have Stories we believe that empathy is one of the most powerful tools that can be used to build collaboration through learning and understanding amongst people. That collaboration and understanding can lead to a less divisive and more equitable world for everyone.

Published in Entertainment and Weird