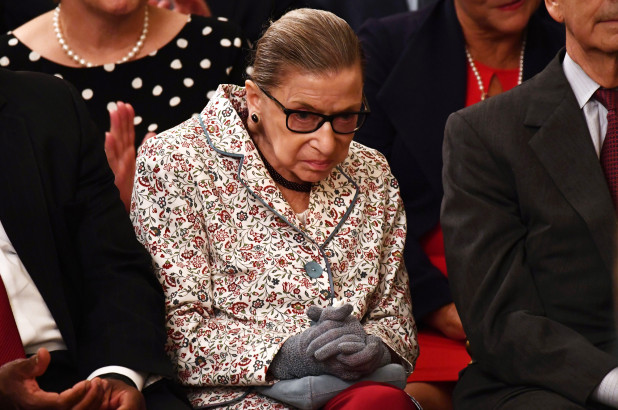 After Supreme Court Justice Ruth Bader Ginsburg missed oral arguments for the first time in her 25 years on the bench, the Trump administration is preparing for another potential confirmation battle, according Politico.

A source familiar with the ongoing discussion at the White House about who would possibly replace the ailing SCOTUS justice said Trump’s team “is taking the temperature on possible short-list candidates, reaching out to key stakeholders, and just making sure that people are informed on the process.”

“They’re doing it very quietly, of course, because the idea is not to be opportunistic, but just to be prepared so we aren’t caught flat-footed.”

The nine current justices on the court are said to be politically divided, with five leaning towards conservative values and four identifying as more liberal.

Ginsburg’s departure would allow Trump to create the Court’s strongest conservative majority in decades, a scenario sure to bring intense opposition from Democrats and liberal activists still furious over the October confirmation of Justice Brett Kavanaugh, reports Politico.

John Malcolm, the director of the Heritage Foundation’s Meese Center for Legal and Judicial Studies, says another confirmation process will be “brutal.”

“But if you are replacing Justice Ginsburg with a Trump appointee, that would be akin to replacing Thurgood Marshall with Clarence Thomas. It would mark a large shift in the direction of the court.”