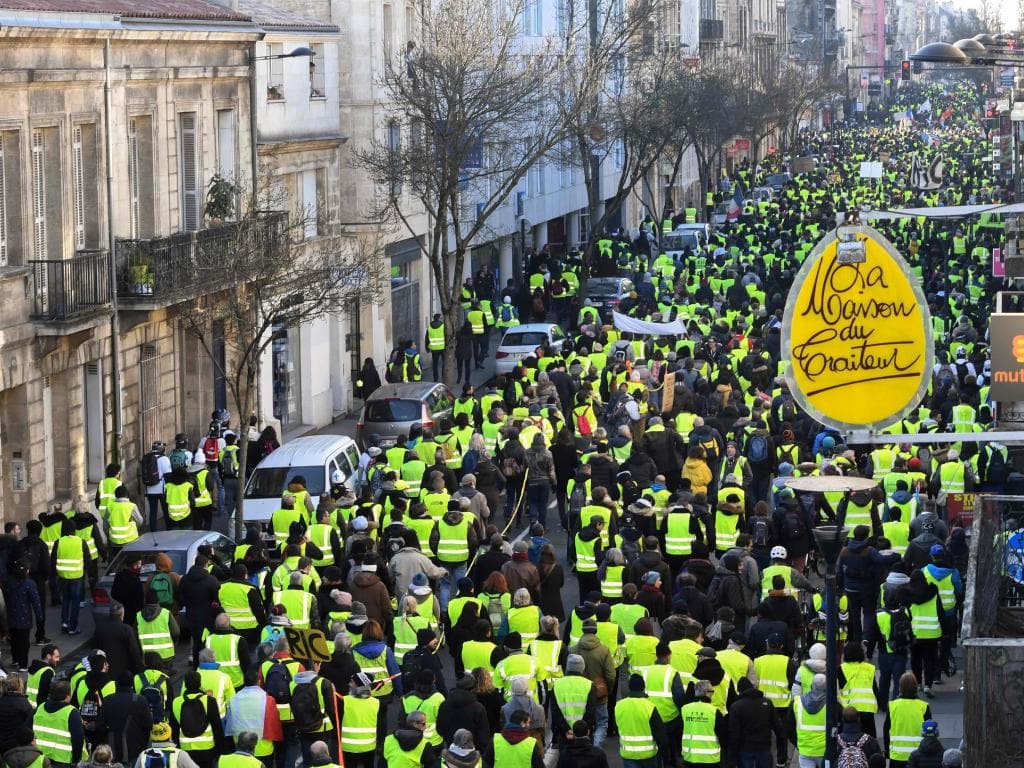 ‘Global Financial Collapse Imminent’ As Bank Run Planned Not Only In France, But Around The World

Protesters from the gilets jaunes (yellow vest) movement have been planning a run to bleed France’s major banks dry by withdrawing large amounts of cash from their accounts.

The bank run is picking up steam in other countries as well:

Keeping an eye on the banks in France. If the yellow vests can start a bank run there, that could trigger something much bigger globally. I’ve already started taking out $$$ from my bank in NZ. #OBR
https://t.co/8t9aI5UK9L
https://t.co/l70qiBt4nN

No, it will not, because we have serious political risks, silent bank run from Italy (etc.) to Germany, Finland and Netherlands (etc.) is on and, to top the cake, very large and extremely fragile banking sector. Eurozone is the likely "Black Swan".

On Wednesday, a yellow vest protester was seen outside of Lyon’s Rothschild bank holding a sign that read “The Rothschilds financed Hitler, today it’s Macron.”

According to a recent article published by RT:

Protesters plan to empty their bank accounts on Saturday, withdrawing as much money as possible in a bid to undermine the French banks – if not the euro itself. The plan is to “scare the state legally and without violence,” forcing the government to adopt the movement’s Citizens’ Referendum Initiative, which would allow citizens to propose and vote on new laws.

“We are going to get our bread back… you’re making money with our dough, and we’re fed up,” said protester Maxime Nicolle in a video message shared on YouTube.

Mass cash withdrawals could absolutely devastate the banking system, as most financial institutions only hold a fraction of the funds the country’s citizens have in their accounts.