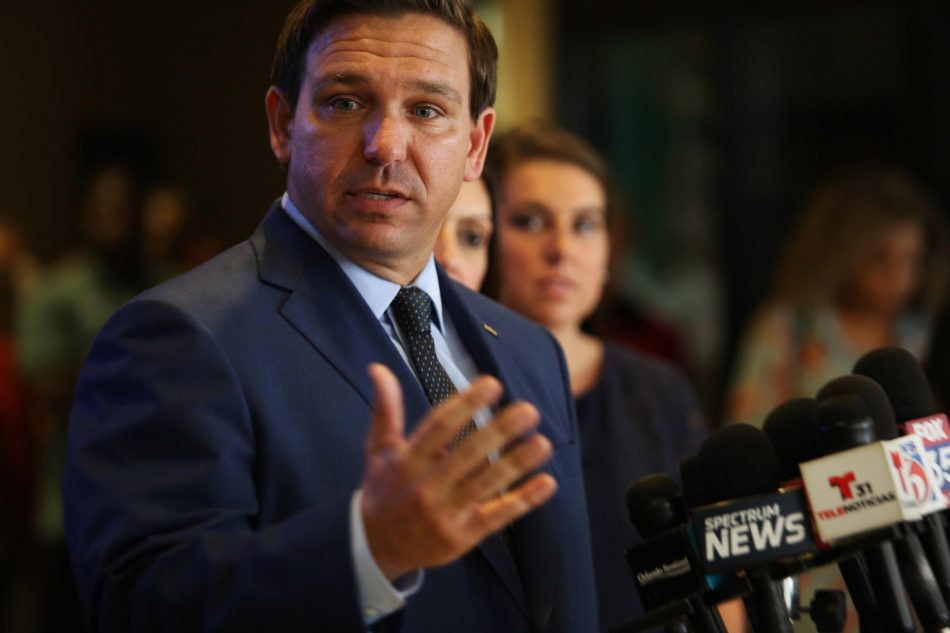 A plane carrying Florida Gov. Ron DeSantis was forced to make an emergency landing in St. Petersburg Friday afternoon, according to the governor’s spokesman.

DeSantis was en route to the Broward County Sheriff’s Office, where he was scheduled to hold a 3 p.m. press conference to announce the suspension of Sheriff Scott Israel, who is under fire over his agency’s handling of the Florida school shooting massacre.

Attorney General Ashley Moody, Shane Strum, DeSantis’ chief of staff and three other members of his executive staff were also on the plane.

David Vasquez, a spokesman for the governor’s office said they had encountered a mechanical issue and were forced to divert to St. Petersburg.

UPDATE: Florida Gov. Ron DeSantis is expected to announce the suspension of Broward County Sheriff Scott Israel, who is under fire over how his agency handled the Parkland school shooting. (Global News)

Watch a live stream of the expected announcement below: