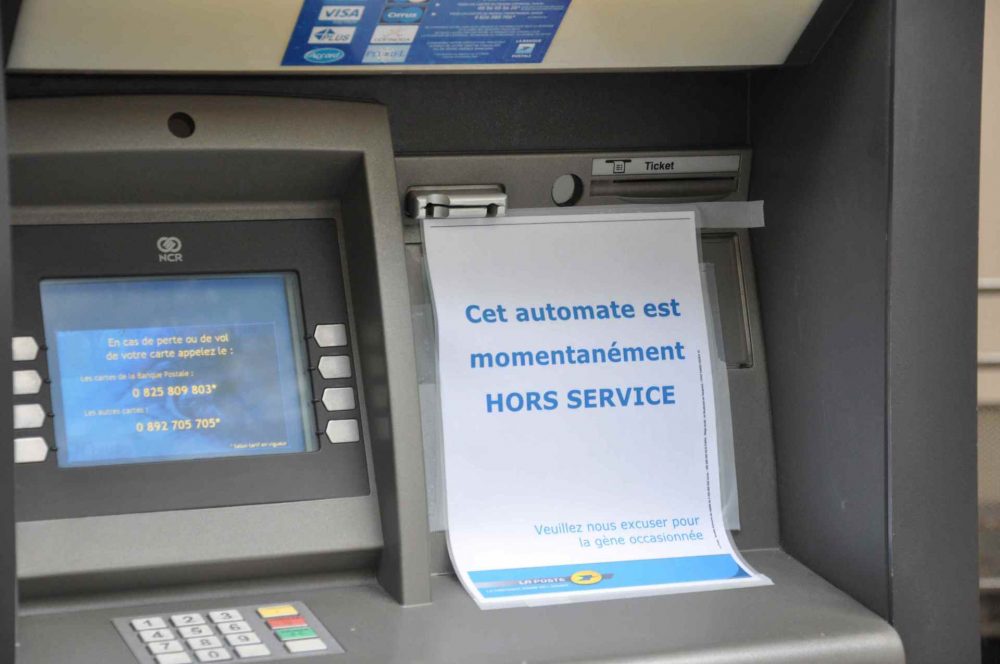 Many believe that for every $100 of deposits, French banks have an average of $3000 of loaned money: a ratio of nearly 30 to one. This means that out of a population of 67.12 million, a bank run of only 2 million citizens could be absolutely catastrophic for France, and by extension the EU. Below is a video which helps explain the “fractional reserve” banking scheme used in France and many other countries:

These reported bank closures and ATM “glitches” remind many of the situation in Greece, where, during their economic collapse, banks implemented massive capital controls and restricted withdrawals to only 60 Euros per person, and people allegedly were waiting over 10 hours at ATM machines to withdraw this paltry sum.

Besides bank restrictions, the French government is also set to impose new laws and regulations designed to curtail the protests. New regulations allow police to search, without reason, the belongings of any person attending a protest; banning certain persons from attending protests; and even covering ones face during a protest, allegedly designed to stop protesters from wearing scarves to block out tear gas, and force protesters to endure the constant chemical weapons they are being barraged by the French police with.