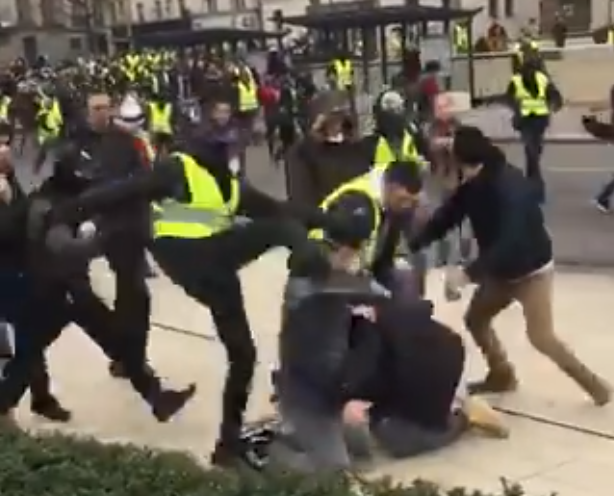 Video @paris_normandie. A team of journalists from the channel @LCI targeted by demonstrators to #Rouen. The two journalists were accompanied by two security guards, one of whom had to be transported to the hospital.

Per an article posted on Paris Normandie:

They were violently attacked. Saturday, January 12, 2019, on the sidelines of the demonstration of the yellow vests gathered in Rouen for act IX of the mobilization , two journalists of LCI were targeted by demonstrators.

On its channel, LCI confirmed the assault of two of its journalists, mobilized in Rouen. “They were accompanied by two security guards,” says the channel.

According to the prefecture of Seine-Maritime, which confirms the information from Paris-Normandy, one of the security agents came to the rescue of his colleague. He was attacked by protesters and suffered a broken nose.

The four members of the team filed a complaint at the police station in Rouen.