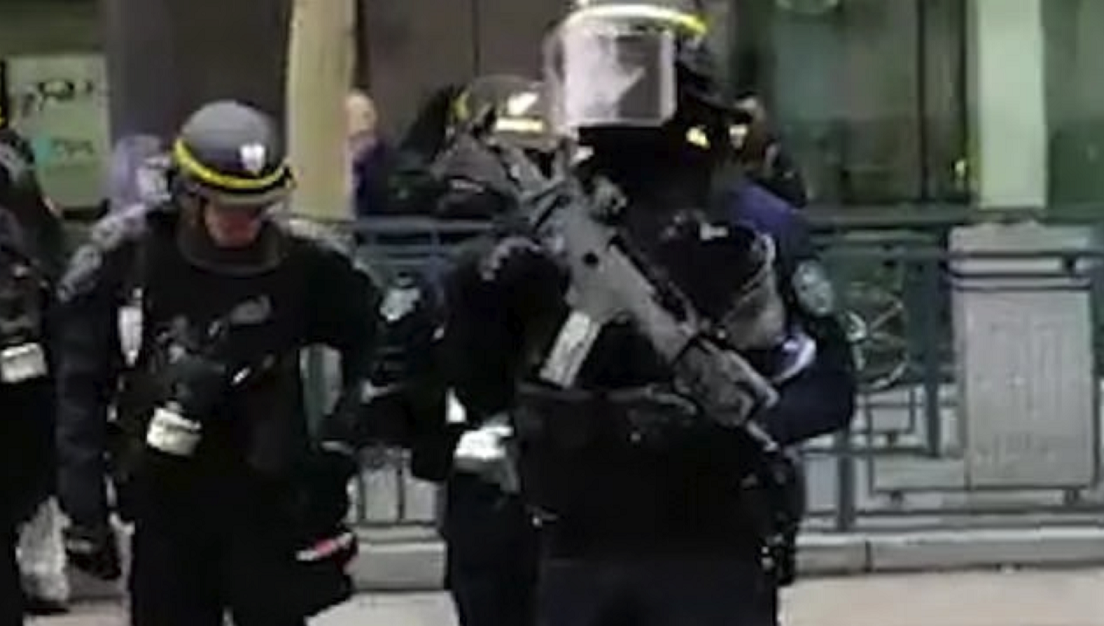 The presence of semi-automatic rifles at a demonstration by unarmed French citizens shows how President Emmanuel Macron’s law and order crisis spirals.

It comes after former conservative minister Luc Ferry called for live fire to be used against the ‘thugs’ from the Yellow Vest movement who he says ‘beat up police’.

Riot police were on crowd control duty today facing off a mob of Gilet Jaunes or Yellow Vests – named after the bright high-visibility clothing.

Live ammunition 30 cartridge magazines could be seen as officers marched the streets, although none were used as 5000 police were deployed on the streets of the French capital.