A new ad released by Gillette that aims to emasculate boys and men alike is receiving a huge amount of backlash.

The video is titled ‘We Believe: The Best Men Can Be’ and can be seen on YouTube below:

We took a quick screenshot just in case they decide to disable the comment section or the showing of like/dislike statistics: 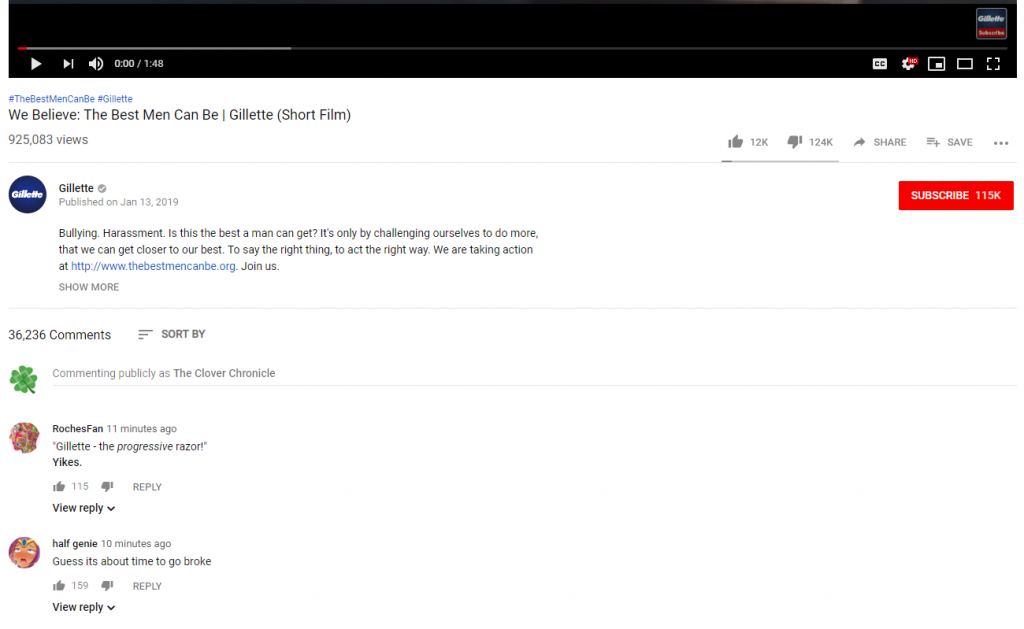 They made a lengthy statement on their website pledging to “actively challenge the stereotypes and expectations of what it means to be a man.”

Thirty years ago, we launched our The Best A Man Can Get tagline.

Since then, it has been an aspirational statement, reflecting standards that many men strive to achieve.

But turn on the news today and it’s easy to believe that men are not at their best. Many find themselves at a crossroads, caught between the past and a new era of masculinity. While it is clear that changes are needed, where and how we can start to effect that change is less obvious for many. And when the changes needed seem so monumental, it can feel daunting to begin. So, let’s do it together.

It’s time we acknowledge that brands, like ours, play a role in influencing culture. And as a company that encourages men to be their best, we have a responsibility to make sure we are promoting positive, attainable, inclusive and healthy versions of what it means to be a man. With that in mind, we have spent the last few months taking a hard look at our past and coming communication and reflecting on the types of men and behaviors we want to celebrate. We’re inviting all men along this journey with us – to strive to be better, to make us better, and to help each other be better.

From today on, we pledge to actively challenge the stereotypes and expectations of what it means to be a man everywhere you see Gillette. In the ads we run, the images we publish to social media, the words we choose, and so much more.

As part of The Best Men Can Be campaign, Gillette is committing to donate $1 million per year for the next three years to non-profit organizations executing programs in the United States designed to inspire, educate and help men of all ages achieve their personal “best” and become role models for the next generation.

Our tagline needs to continue to inspire us all to be better every day, and to help create a new standard for boys to admire and for men to achieve… Because the boys of today are the men of tomorrow.

We’ve all got work to do. And it starts today.

Gillette. The Best A Man Can Get.

So, why did Gillette, of all companies, decide to join the feminist #MeToo movement and attack masculinity?

Who knows, but one theory floating around on the internet says they’re purposely trying to create a distraction from the gilets jaunes movement that is currently taking France by storm since the name “Gillette” sounds somewhat similar to “gilets” and may confuse search engine algorithms.

What are your thoughts about Gillette’s latest commercial? Let us know by leaving a comment below.

UPDATE #1: Procter & Gamble stocks are reportedly down nearly 1% as a result of the new controversial ad: 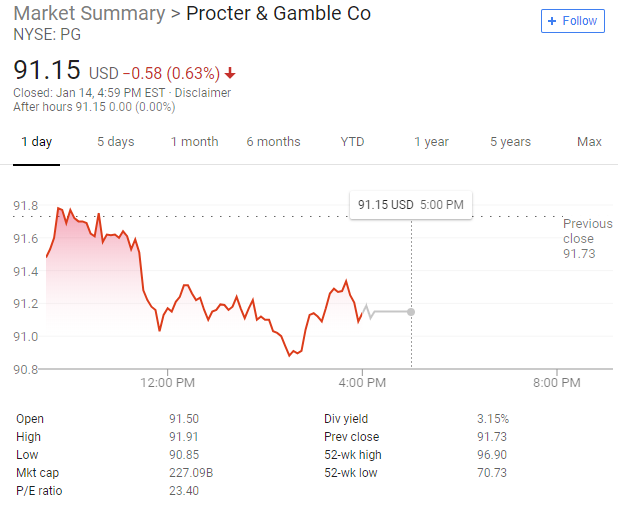 UPDATE #2: Here is an archived screenshot of the video (taken on Jan 15, 2019 at 2:55am UTC) in case there is any like/dislike or other stat manipulation as seen with gaming company Blizzard’s infamous Diablo Immortal trailer.

For you gamers out there, here's some proof #YouTube and/or #Blizzard Entertainment are manipulating the number of dislikes on #DiabloImmortal's cinematic trailer video:https://t.co/l66gsKke2v pic.twitter.com/ngQHM9hBoE

UPDATE #3: Apparently Gillette is getting trolled pretty hard and they don’t even know it: 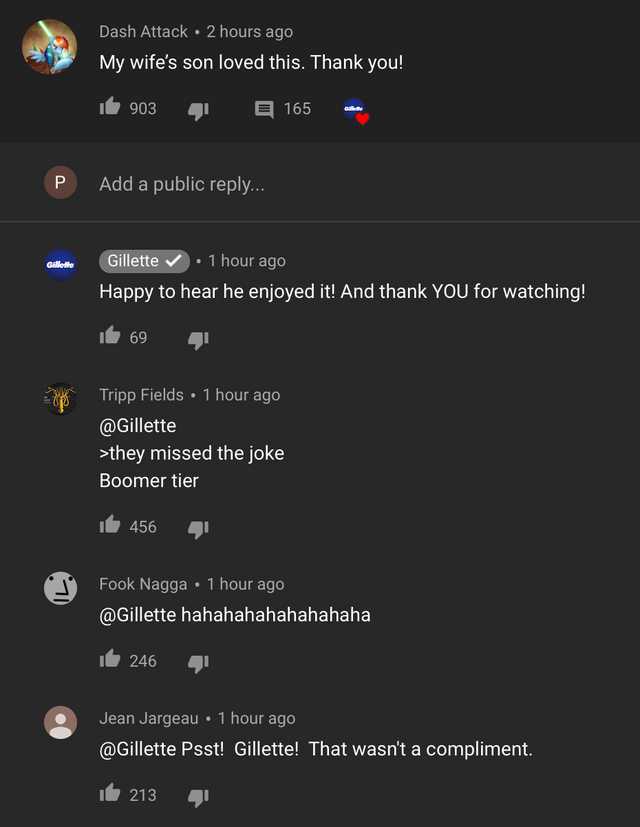 Published in Conspiracy, Entertainment and Weird