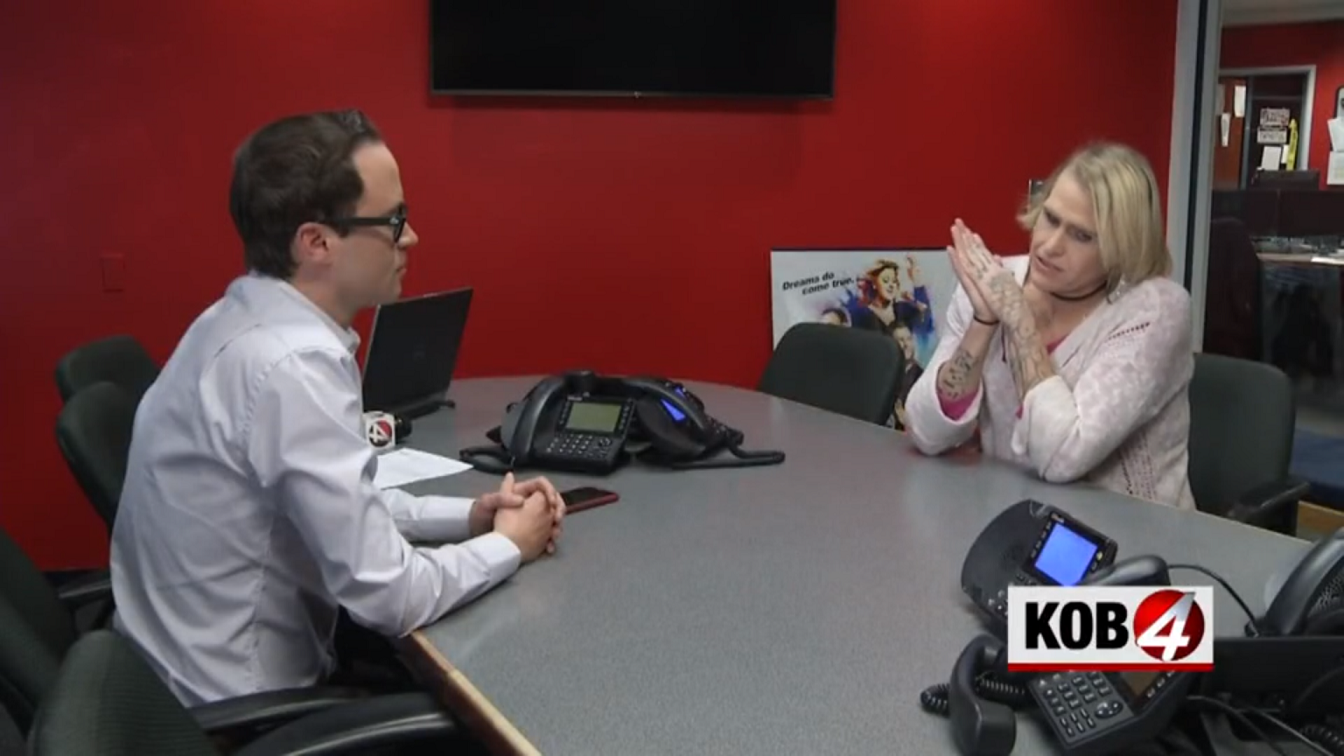 Tiffany Moore, the transgender person who lost their cool when an Albuquerque, NM Gamestop cashier repeatedly called them “Sir” instead of “Ma’am,” spoke to channel KOB4 about being mistreated.

Another customer caught the explosive interaction on video and uploaded it to YouTube, where it instantly went viral and has gained over 1 million views.

According to a report from KOB4:

Moore said she lost her composure and became upset after the cashier repeatedly referred to her as “Sir” and not “Ma’am.”

“I was so angry at that point because, literally, five or six times he had called me Sir. He got me so fuming angry and I was cussing,” Moore said.

After the video was released, the internet responded accordingly with some supporting the trans person and others mocking them. One post even referred to Moore as “Macho Ma’am Tranny Savage.”

The word “Tranny” is a derogatory term many in the trans community find offensive.

“What’s really sad is it’s bringing so many bigots out of the woodwork,” she said.

“We’re humans just like you,” Moore said. “We’re people just like you. We have kids. We have parents. We have brothers, sisters, aunts, uncles, cousins, we’re just trying to live.”

When asked if Moore had any regrets about their behavior at the game store, the trans person essentially doubled down:

KOB4 reached out to Gamestop’s corporate office for a comment but there has been no response.