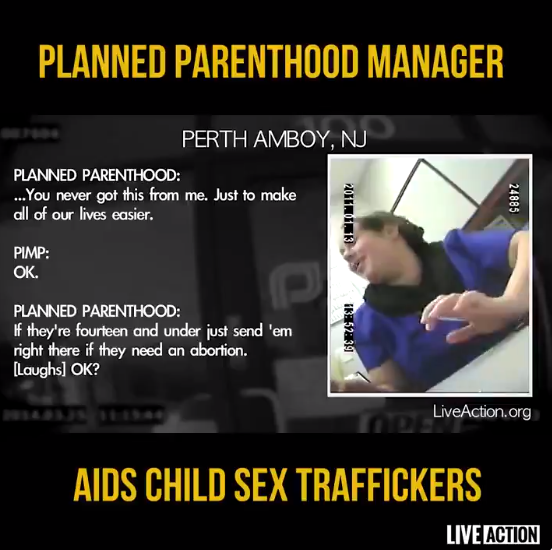 A video from pro-life group Live Action was censored on YouTube just one week before the scheduled ‘March for Life’ event, according to NewsBusters.

The video in question was also posted earlier today on Twitter:

Planned Parenthood is required by law to report child sexual abuse, but it routinely covers up these crimes.

On this #HumanTraffickingAwarenessMonth, watch as a Planned Parenthood manager aids a child sex trafficking ring.

Planned Parenthood is required by law to report child sexual abuse, but it routinely covers up these crimes.

On this #HumanTraffickingAwarenessMonth, watch as a Planned Parenthood manager aids a child sex trafficking ring. pic.twitter.com/a2Y2gztIbo

YouTube said their reasoning for taking down Live Action’s video was because it contained “hate speech” and violated their “community guidelines.”

Per a report from NewsBusters:

The video included someone posing as a pimp, asking a Planned Parenthood official if they reported minors who came in for abortions. The video is from 2011, and features Project Veritas’ James O’Keefe as the pimp.

“Fourteen and under, we do have to report,” the official told O’Keefe. She then told him that those that came in who said they were 15 and older went unreported, “as long as they said [the father] was 15 or 16.” She also told the pimp that they were under no obligation to report minors.

A document was then supplied to the “pimp” which showed him where to take girls who were 14 and under to get an abortion.

“Just play along that they are students,” the official said. “We want to make it look as legitimate as possible.”

In another disturbing part of the video, the “pimp” asked the Planned Parenthood official how soon could the girls engage in sex acts after an abortion. The woman responded, “Two weeks.”

“Do you have any idea of what they could do in the meantime? I mean, they still have to make money,” asked the pimp. The official replied, “Yeah, uh. Waist up.”

YouTube worked with the Irish government to control pro-life ads on both sites before the vote to legalize abortion in Ireland.

Great news! The video has been reinstated. Thank you, @Google, for correcting this matter. https://t.co/Vo6JvdIlCM