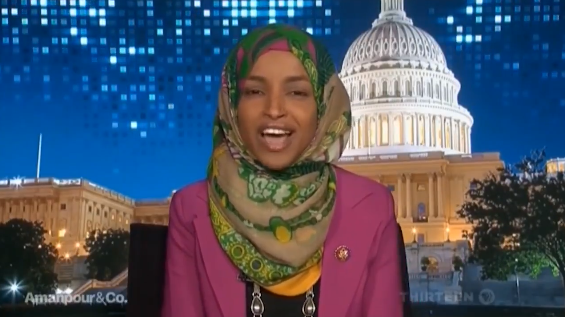 “Israel has hypnotized the world, may Allah awaken the people and help them see the evil doings of Israel. #Gaza #Palestine #Israel”

Israel has hypnotized the world, may Allah awaken the people and help them see the evil doings of Israel. #Gaza #Palestine #Israel

On Thursday, CNN’s Christiane Amanpour interviewed Omar and asked her about the antisemitic tweet. Her response:

“I remember when that was happening. Watching TV and really feeling as if no other life was being impacted in this war, and that really, those unfortunate words were the only words I could think about expressing at that moment.

“What is really important to me is that people recognize that there is a difference between criticizing a military action by a government that has exercised really oppressive policies and being offensive, or attacking to a particular people of faith.”

Watch the interview below: