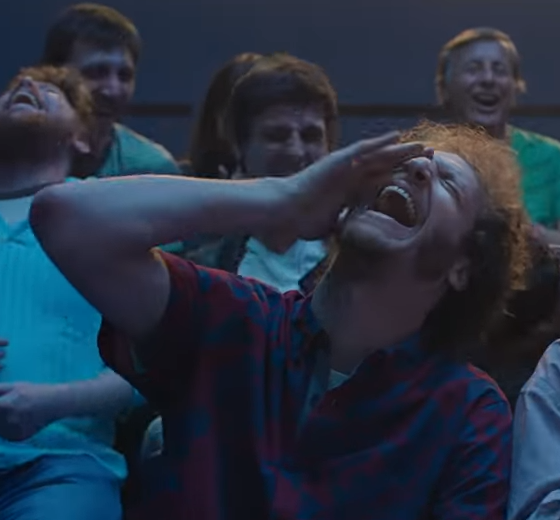 James Eagan Holmes, the man who killed 12 and injured 70 others at a Century 16 movie theater in Aurora, Colorado in 2012, was supposedly spotted (well, a look-alike) in Gillette’s now infamous toxic masculinity commercial.

At the 0:27 mark, a man with reddish-orange hair can be seen laughing hysterically while sitting in what appears to be a production studio or movie theater:

The scene only lasts for one second, but the resemblance is uncanny: