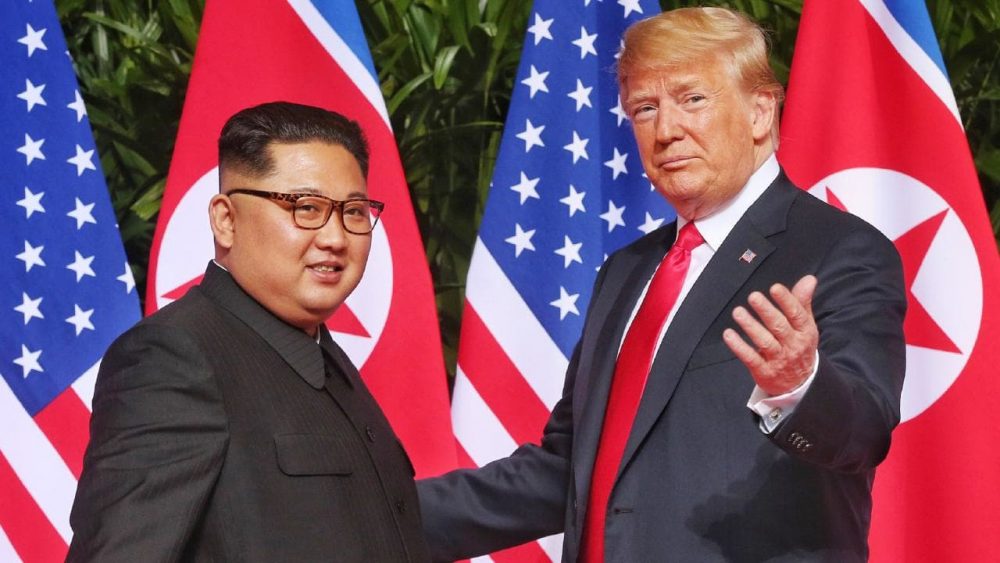 On Friday, the White House announced President Donald Trump will be meeting with North Korea Chairman Kim Jong-un next month:

President @realDonaldTrump looks forward to a second summit with Chairman Kim, which will take place near the end of February. Location will be announced at a later date.

This will be the second meeting between the two leaders.

According to the Associated Press:

The announcement came at the White House Friday after Trump met with a North Korean envoy.

White House press secretary Sarah Sanders said Trump met for 90 minutes with Kim Yong Chol to discuss denuclearization and a second summit. She said the president looks forward to meeting with North Korean leader Kim Jong Un at a place to be announced at a later date.

Trump had his first, historic meeting with Kim Jong Un last June in Singapore and reached a vague denuclearization agreement, but little tangible progress has been made since. So far, no details have been publicly released about how denuclearization could occur.