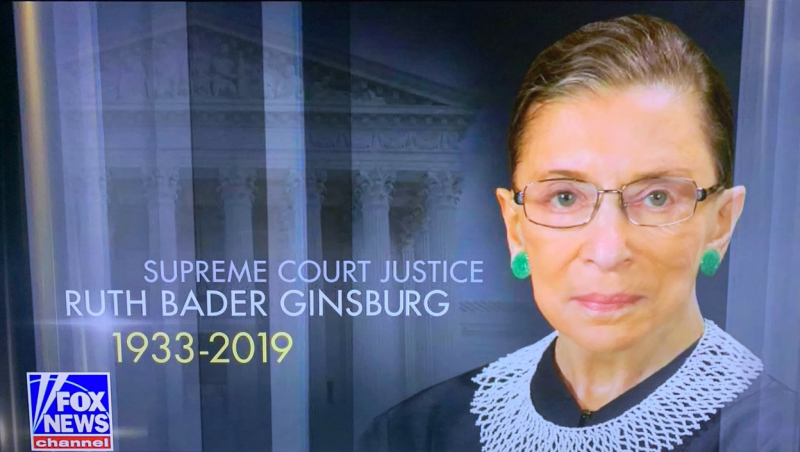 Ruth Bader Ginsburg has been “working from home” for a month now and some are skeptical the Supreme Court justice is still alive.

New hashtags on Twitter and other social media platforms have emerged with the intention of proving Ginsburg is kickin’ and not hidden somewhere in a DNC freeze locker.

Here are some tweets that included the #WheresRuth tag:

Where’s Ruth? I mean. When FLOTUS Melania wasn’t seen for a few days, the press was speculating and calling her a liar about her own medical care! #TellUsTheTruth #WheresRuth

How many SCOTUS decisions are not being decided with the votes of Ginsburgs clerks? Or maybe @DNC is actually controlling the Ginsburg seat now? 🤔#WheresRuth

No…what they're doing is everything they can for US to not find out its true. They're so hoping they can "get Trump/Pence and have a leftist SCOTUS nominee…#WheresRuth pic.twitter.com/kIZXtZnIfh

And some that include #ProofOfLife:

RBG IS DEAD. Democrats are faking life till they can deny a replacement because of the Presidential election. I DEMAND #Proofoflife

It has been over a month since RBG has been seen. Are we in the realm of WEEKEND AT BERNIE’S? I need proof of LIFE. #proofoflife pic.twitter.com/vdJoPVfRRs

#RuthBaderGinsberg NEEDS TO TAKE A PICTURE WITH TODAY'S NEWSPAPER. #ProofOfLife

Maybe they know something we don’t. #ProofOfLife

So now that @foxandfriends got me heading down the #RBG rabbit hole and I’m 15 questionably sources news stories into her debilitating pneumonia situation, is it too soon to ask for #ProofOfLife? I don’t want to end up like @cnn and the #hatehoax story, but we need answers.

Does RBG die in the end of the story and the Democratic Party cover it up? #ProofOfLife

Maybe it isn’t such a bad idea for Ginsburg to prove she’s still around. After all, she does hold a seat on the most important and powerful court in the land!