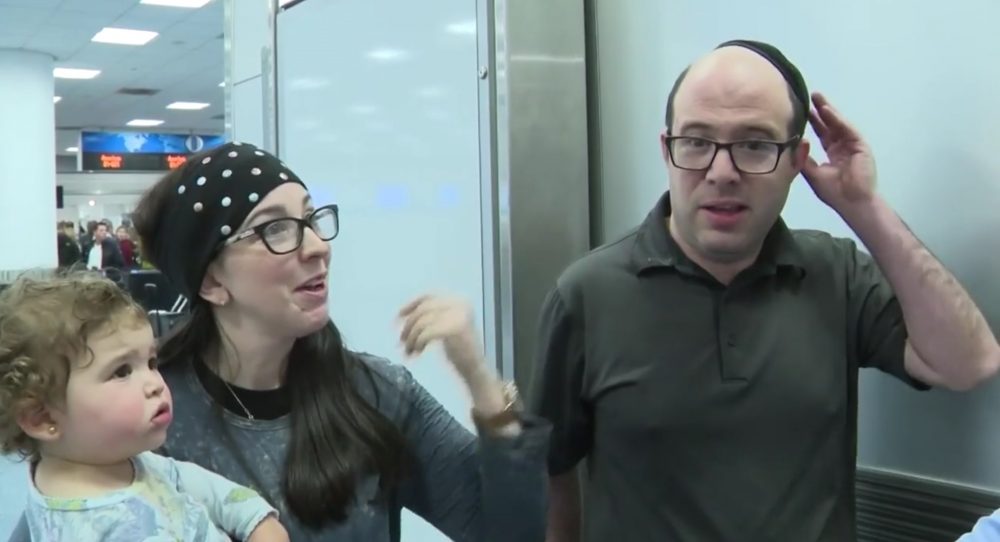 A family from Detroit who were vacationing in Miami were kicked off an American Airlines flight after other passengers complained about their body odor.

Yossi Adler, his wife and 19-month-old daughter were preparing to fly back home to Detroit, MI on Wednesday night when they were suddenly escorted off their flight.

“All of a sudden, as soon as they took us off, they closed the gate and then said, ‘Sorry sir, some people complained you had body odor and we’re not letting you back on,'” Adler told WPLG Local 10 News.

The family’s luggage was not removed from the plane, so they were left with only the clothes on their backs.

Adler’s wife, Jennie, said, “They have our car seat, stroller, everything.”

“Mr. Adler and his wife were removed from the flight when several passengers complained about their body odor. They have been booked into a hotel for the night and given meal vouchers. They have been rebooked on a flight Thursday.”

Yossi Adler said he’s frustrated and doesn’t think his family’s “body odor” was the real reason they were kicked off the American Airlines flight.

“I want them to own up to what really happened and to tell me the truth,” he said. “What was it?”

On Thursday, the Adler family acknowledged they successfully made it home to Detroit and reunited with their luggage.