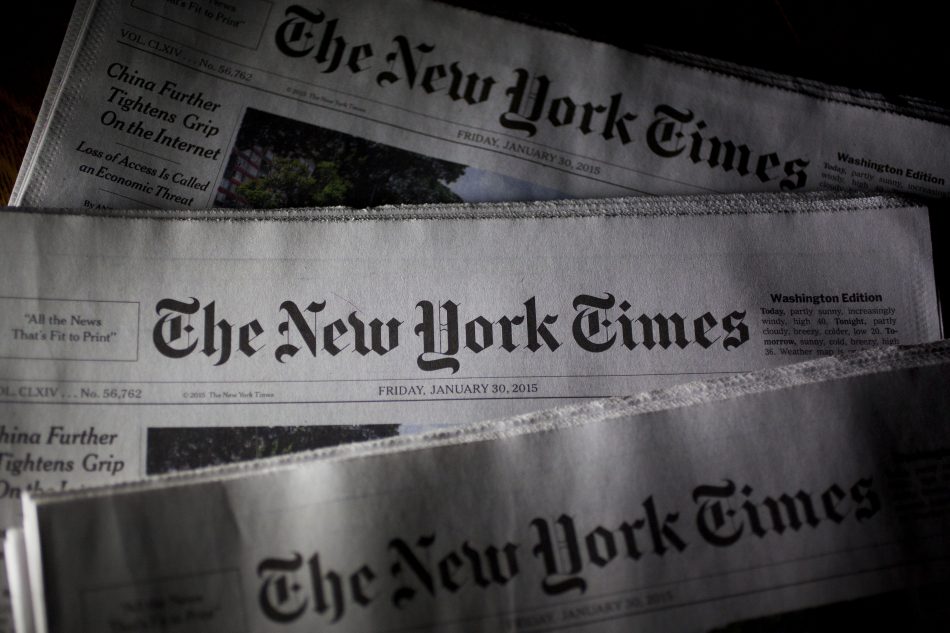 I’m a New York Times reporter writing about #exposechristianschools. Are you in your 20s or younger who went to a Christian school? I’d like to hear about your experience and its impact on your life. Please DM me.

I'm a New York Times reporter writing about #exposechristianschools. Are you in your 20s or younger who went to a Christian school? I'd like to hear about your experience and its impact on your life. Please DM me.

According to Levin’s Twitter bio, he covers “young America and the issues they care about.”

It is unclear what the reporter wants to “expose” exactly, but judging by the over 2,000 replies he has received, it’s probably not good:

Trawling for biased views on the internet is a thing NYT endorses now?

Dan what an incredibly impartial NYT piece. And your Editor thinks this is a good idea? You guys are pure genius. This will certainly work miracles for the readership numbers and journalistic reputation of your publication.

This is exactly why it’s a great day when there are layoffs at the NYT.

Please consider in this the context of the crusades against Covington Catholic, Catholic hospitals, Knights of Columbus, etc. A war on Christian institutions b/c they don’t share elite morality.

One user asked Levin if he will be reporting on any positive stories he comes across. He answered, “Absolutely.”

Some were (rightfully) skeptical:

“Absolutely” is the new “no, of course not. That’s not what the NYT pays for”

I might have believed you if you didn’t use the word expose.

In a weak attempt at damage control, Levin tried to clarify why he wants to “expose Christian schools”:

I write about American youth, and the hashtag #exposechristianchools, which I didn't create, went viral in recent days. I'm writing about the response to it and want to hear about all experiences, including positive stories/impact about your time in school. Plz DM me.

There’s probably a good reason why President Trump refers to this particular news outlet as the “Failing New York Times.”

They just don’t have a clue.