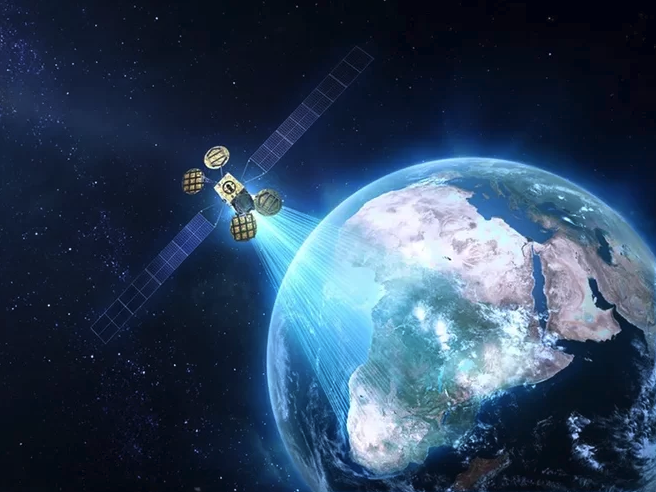 A cryptocurrency enthusiast somewhere in Eastern Europe was apparently able to hijack a satellite high up in the sky to broadcast a rambling series of messages written in a post-apocalyptic like style.

Twitter user @notgrubles shared what he discovered while looking through “satellite API” data:

Some interesting data I’ve received from the #SatelliteAPI broadcast. Seems like someone broadcasted a little journal.

Some interesting data I've received from the #SatelliteAPI broadcast. Seems like someone broadcasted a little journal. 😃🛰️⚡️ pic.twitter.com/gCYOkNrYK2

File must be bigger than 1kB so some story time, I hope I’m not doxing myself. I discovered bitcoin during the silk road era, but after researching the means to buy some mushroom, I found it too complicated to buy and tumble bitcoin before sending a payment, so I didn’t [buy] any. I kept a small amount of attention on bitcoin, and in 2016-217 started to [follow] it closely, playing on testnet, and getting my skin in the game in 2017. The last year was amazing, I learned a lot, sent my first lightning testnet payment in early 2018, and was blown away, and got dizzy of the possibilities of the fast, cheap bitcoin micropayment possibilities.

So here I am, left my job, I have some money to keep me up, and I’m building my first raspberry pi lightning node, and broadcasting messages from satellites, still feels surreal [at] times.

So if you want to support some anon dev from a post soviet state, have at it, and thanks. My dream is to accumulate 1 btc, and I think that will be more than enough for the future.

Still hard to grasp the fact that I’m blanketing a big part of Earth with my message, on demand, instantly. I’m wondering [is] anybody reading this message? Maybe a portion of the photons are missing the Earth, and [are] traveling in space for billions of years.

I’m curious how long will this trial time last, that I can broadcast myself to the [Earth] for testnet coins, anyway I’m loving it.

I can’t decide which is cooler, to use a satellite for this silly message to reach the surface of the Earth, or using the lightning instant payment network, both feel utterly awesome, I think I will tell this tale for my grandkids someday, maybe in a postcivilization wasteland, but still. Without bitcoin I wouldn’t have too much faith for the future.

My plan is to create an uncensorable, unbannable site, where [everyone] is allowed to talk about and share, nobody can ban anything for anyone, and nobody can delete anything, even their own posts, I hate when people are posting something on Twitter or Facebook, and later deleting it. Everybody should stand by their written words.

I think Bitcoin, Lightning, IPFS and other technologies are needed to accomplish this, maybe the computational capacity of the network is not enough today, but it will be.

2 days ago a random puppy ran to me at a park from 10 meters, I petted him pretty good, and she didn’t want to follow her owner after it. good day.

I still can’t get used to this, how I’m able to use a satellite, better than a sci-fi. I should set up a dish to verify I’m actually sending the messages, but on Twitter they say it’s really working.

Interesting morning so far. Went to move my laptop running the blocksat receiver to keep it from getting wet from the heavy rain here and happened to check the data I’m collecting from the satellite. Lo and behold there’s a message waiting. It felt straight out of Bladerunner.