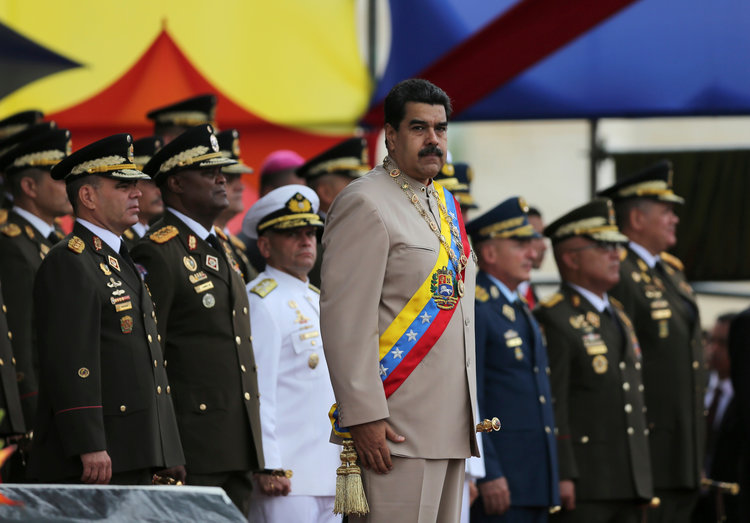 YOU SAW THE TRACKING HERE FIRST: WAGNER, Russian Private military contractors flew into #Venezuela in the past few days to beef up security for @NicolasMaduro. There is a contingent of WAGNER in Venezuela now:https://t.co/9XlVMgk1Ph https://t.co/ZBRePJNIR5

Private military contractors who do secret missions for Russia flew into Venezuela in the past few days to beef up security for President Nicolas Maduro in the face of U.S.-backed opposition protests, according to two people close to them.

A third source close to the Russian contractors also told Reuters there was a contingent of them in Venezuela, but could not say when they arrived or what their role was.

Russia, which has backed Maduro’s socialist government to the tune of billions of dollars, this week promised to stand by him after opposition leader Juan Guaido declared himself president with Washington’s endorsement.

It was the latest international crisis to split the global superpowers, with the United States and Europe backing Guaido, and Russia and China urging non-interference.

Gunfire can be heard in a video posted on Periscope yesterday by user MarieSamos titled ‘Possible Russians shooting near National Assembly #Venezuela.’

Listen to audio extracted from the Periscope video below (where you can clearly hear gunfire and men speaking in Russian):