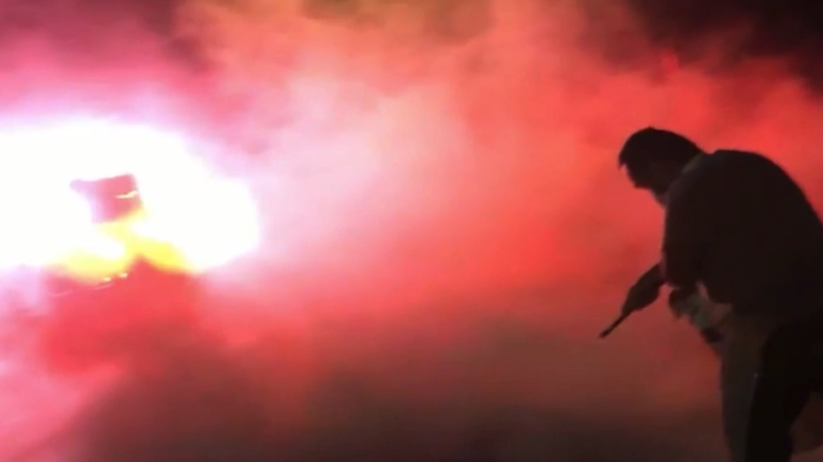 At around 9pm ET on Wednesday evening, a fire suddenly broke out inside Comet Ping Pong Pizza, the infamous restaurant at the center of the ‘Pizzagate’ conspiracy theory.

Customers who witnessed the fire inside the pizzeria think it was an intentional act.

Nicole Lafragola, a patron who was enjoying her food at the time, was interviewed by local station WJLA 7 News:

“All of a sudden we see these flames. A fire has been started — a very big fire.”

Another person, who wished not to be named, said he saw the curtains in the back of the restaurant “suddenly burst into flames.”

Himself and some other customers managed to pull the flaming curtains to the ground and douse them with fire extinguishers.

“I smelled what smelled like a lot of lighter fluid,” he told WJLA 7 News. “My suspicion is it’s arson, [but] I don’t have the evidence on that.”

Lafragola also suspected the fire was started intentionally. She said she saw a man acting very strangely right before the fire started.

“He seemed like he was there with a purpose obviously, and he didn’t stick around. This gentleman doesn’t acknowledge that he sees this fire, he just walks right out and doesn’t make eye contact with anyone.”

The local fire department is currently investigating the fire to determine whether or not it was arson.