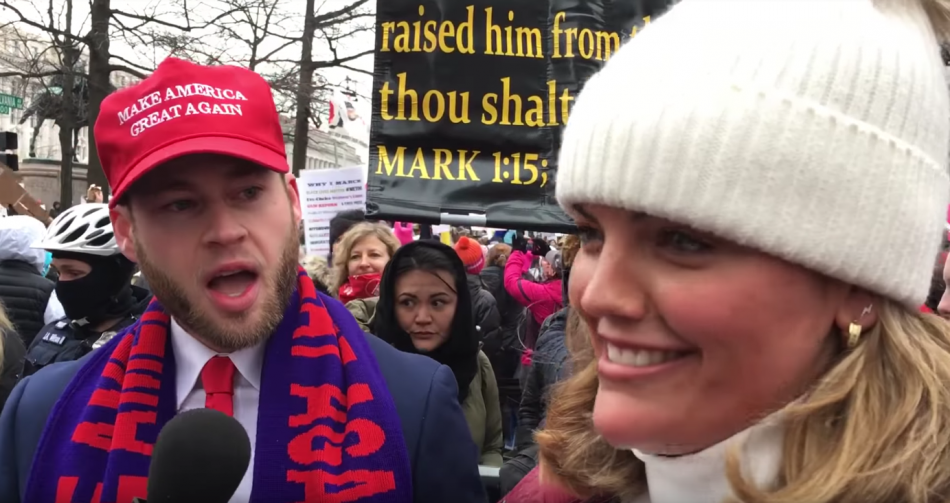 A liberal protester who confronted Infowars reporter Owen Shroyer at a recent ‘Women’s March’ event and inappropriately grabbed his genitals will be prosecuted for sexual assault.

Here is the moment I was sexually assaulted by a #WomensMarch2019 protester. She laughed about it. The crowd cheered it. The police did nothing. pic.twitter.com/sp93ny0VlU

In the video seen above, Shroyer can be heard saying “She just grabbed my d*ck!”

“Is that sexual assault?” Shroyer asked.

Shroyer then confirmed the woman sexually assaulted him and asked her if she should be arrested. The woman responded, “Arrest me. There are police officers right here.”

On Wednesday, Shroyer spoke about the encounter on his show ‘The War Room’ and asked callers if he should proceed with pressing charges against the deranged protester.