Jerome Rodrigues, a spokesperson for the gilets jaunes (yellow vest) movement, was seriously injured in the eye Saturday after a flashbang-type device exploded near him.

Here is a video from Facebook that was recorded by Rodrigues himself (injury occurs at around 9:00):

Rodrigues is said to currently be in a coma as a result of his injuries.

A few weeks ago, a female demonstrator was also injured in the eye after being hit with a projectile (Warning: graphic content): 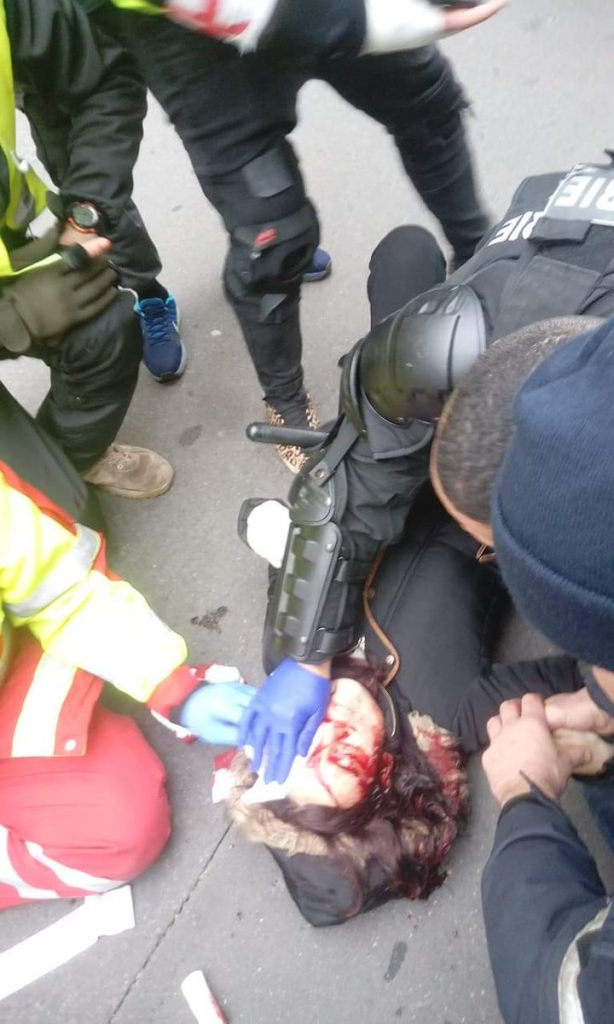 Meanwhile, a French police officer reportedly either accidentally shot himself or misplaced a crowd control grenade near his legs during a separate incident.

Watch below (no audio):