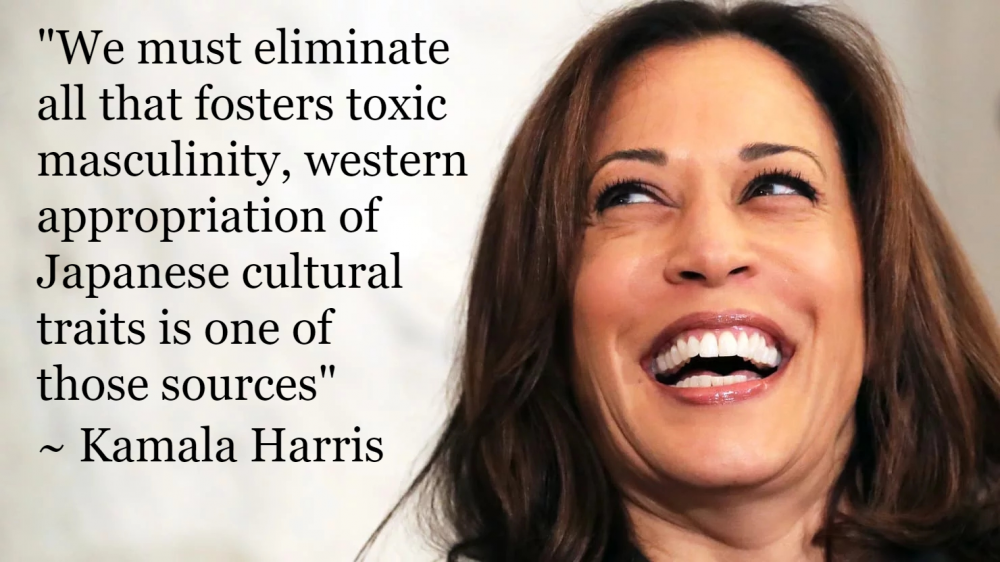 During the interview, the topic of Gillette’s controversial commercial arose. Later on in the segment, Harris stated the following:

“We must eliminate all that fosters toxic masculinity, western appropriation of Japanese cultural traits is one of those sources.”

Many have interpreted this as an attack on the anime and manga community due to its rise in popularity in western society.

So, what exactly is “toxic masculinity?” Here’s one popular definition:

A social science term that describes narrow repressive-types of ideas about the male gender role; that defines masculinity as exaggerated masculine traits like being violent, unemotional, sexually aggressive, and so forth. It also suggests that men who act too emotional or maybe aren’t violent enough or don’t do all of the things that “real men” do can get their “man card” taken away.

Many people confuse the difference between masculinity and toxic masculinity. However, one can be masculine without having toxic Masculinity.

Some beliefs of toxic masculinity are that:

-Interactions between men and women always have to be competitive and not cooperative.

-That REAL men need to be strong and showing emotion is a sign of weakness… unless it’s anger; that is considered okay.

-The idea that men can never be victims of abuse and talking about it is shameful.

-The idea that REAL men always want sex and are ready for it at any time.

-The idea that violence is the answer to everything and that REAL men solve their problems through violence.

-The idea that any interest in a range of things that are strictly considered feminine would be an emasculation of a guy.

Something that doesn’t exist.

Published in Opinion, Politics and Weird