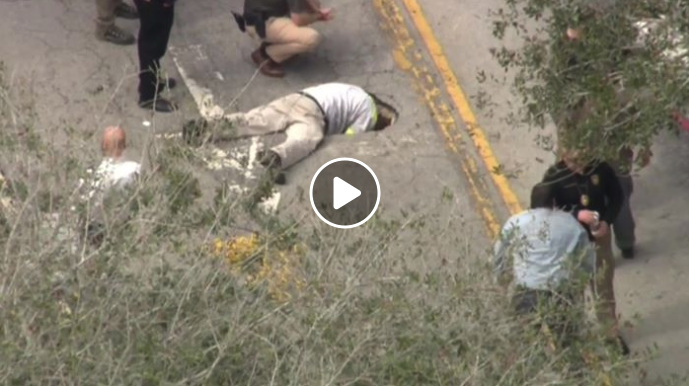 What drivers believed to be a large pothole in the middle of the road in Pembroke Pines, Florida, turned out to be a hidden underground tunnel that authorities believe may lead to a nearby bank.

The FBI has joined local police in an investigation into the newly discovered tunnel, which reportedly stretches about 50 yards. It’s at least two feet in diameter.

Police officers were responding to a concerned driver’s call about a hole in the road close to a Chase bank on Flamingo Road and Pines Boulevard Wednesday afternoon when they made the shocking find, WSVN reports. Authorities told the news station it appears the start of the tunnel is located in a wooded area close to the bank.