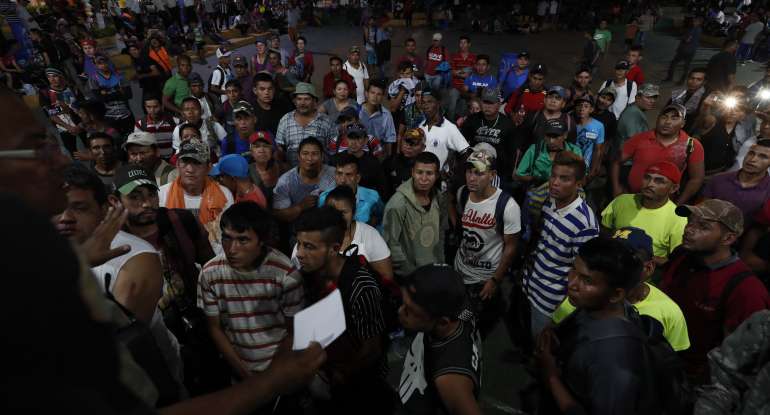 A Honduran migrant caravan that formed in mid-January has now grown from 2,000 to over 12,000 members.

The caravan has reportedly reached Mexico, which is forcing the country to expedite the approval of humanitarian visas that allow the migrants to work and travel within Mexico legally while waiting for their U.S. asylum claims to be processed.

According to Breitbart, “the visas are believed to be responsible for the surge in the number of migrants who decided to join the caravan.”

“Officials put the new visa policy from President López Obrador in place to deal with caravan migrants as an attempt to prevent them from traveling unaccounted for throughout Mexico. Officials say it will also prevent the caravan members from having to illegally enter Mexico from Guatemala by crossing the Suchiate river…

“It is believed that many of the migrants will be able to seek out temporary work while waiting at the U.S. border for asylum requests to be processed. Many are expected to decide to attempt to cross illegally into the United States.“

Reuters reports the majority of the Honduran migrants ultimately want to make it to the U.S. and establish permanent residency there.