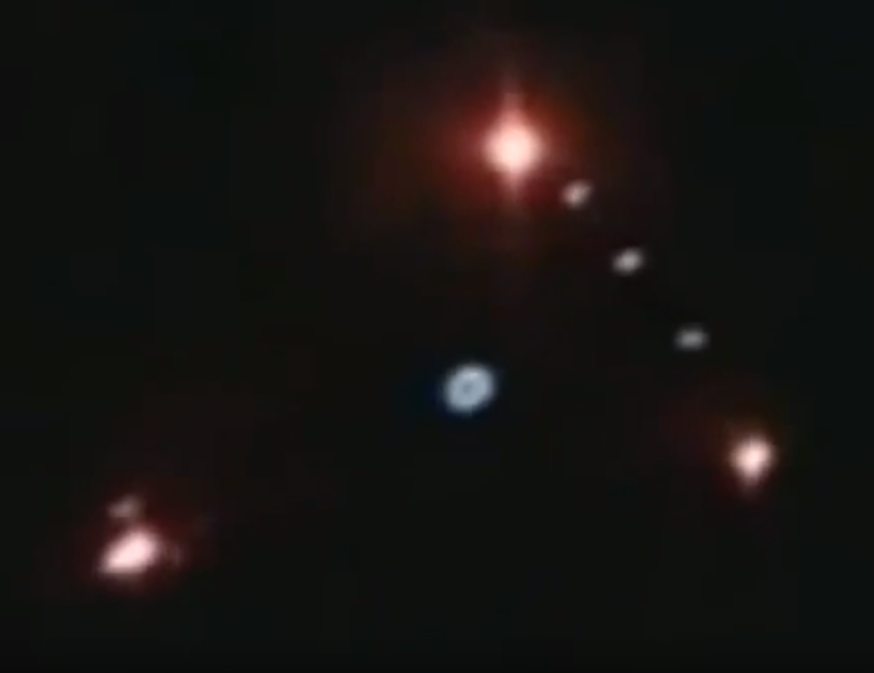 A few months ago, a user on YouTube posted a pretty amazing video showing what appears to be a triangular-shaped UFO hovering in the sky above the Nevada desert.

The video, which is titled ‘The One And Only TR-3B Caught On Video Clear As Day,’ currently has just under 1,000 views (as of the posting of this article).

The footage shows a craft with three red lights at its corner points, multiple white lights (presumably near the rear) and a large, strange swirling light located directly in the center.

Some are skeptical and think the video is a CGI fake. Others believe it’s an actual UFO.

Reports generally describe this class of UFOs as enormous, silent, black triangular crafts, hovering or slowly cruising at low altitudes over cities and highways, usually at night and making no attempt to evade detection…

The tactical reconnaissance TR-3B’s (code-named Astra) first operational flight was in the early 90s. The triangular shaped nuclear powered aerospace platform was developed under the Top Secret Aurora Program with SDI and black budget monies. At least 3 of the billion dollar plus TR-3Bs were flying by 1994. The Aurora is the most classified aerospace development program in existence. The TR-3B is the most exotic vehicle created by the Aurora Program.

Here are a few more photos of black triangle UFOs: