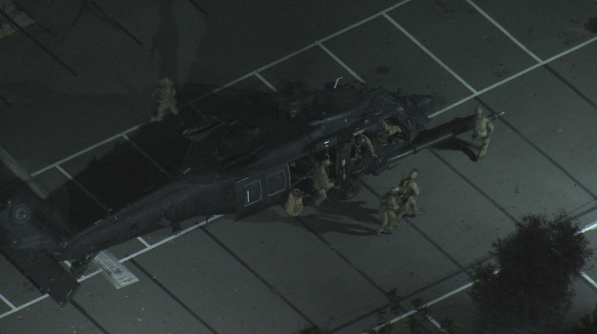 Here’s a portion of the announcement, which states the purpose of the training is to “enhance soldier skills by operating in various urban environments and settings”: 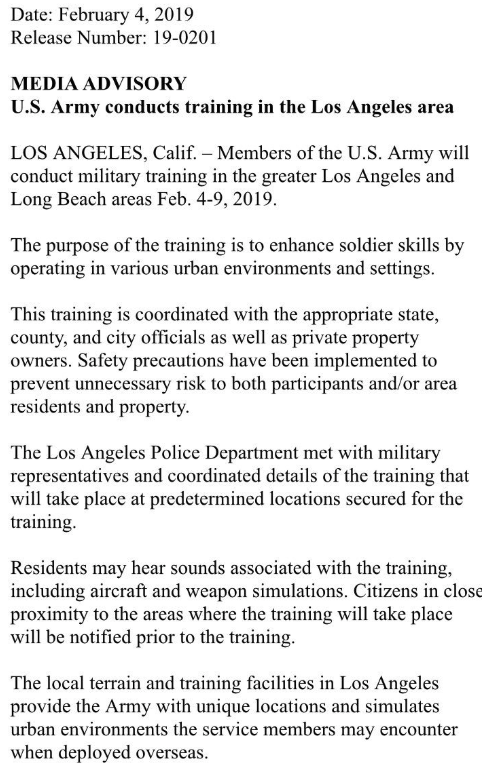 Others on social media posted more insane footage of the training exercises:

I was part of this.
Military Helicopters Conduct Covert Exercises Over Los Angeles, Californ… https://t.co/Tcp45aySng via @YouTube