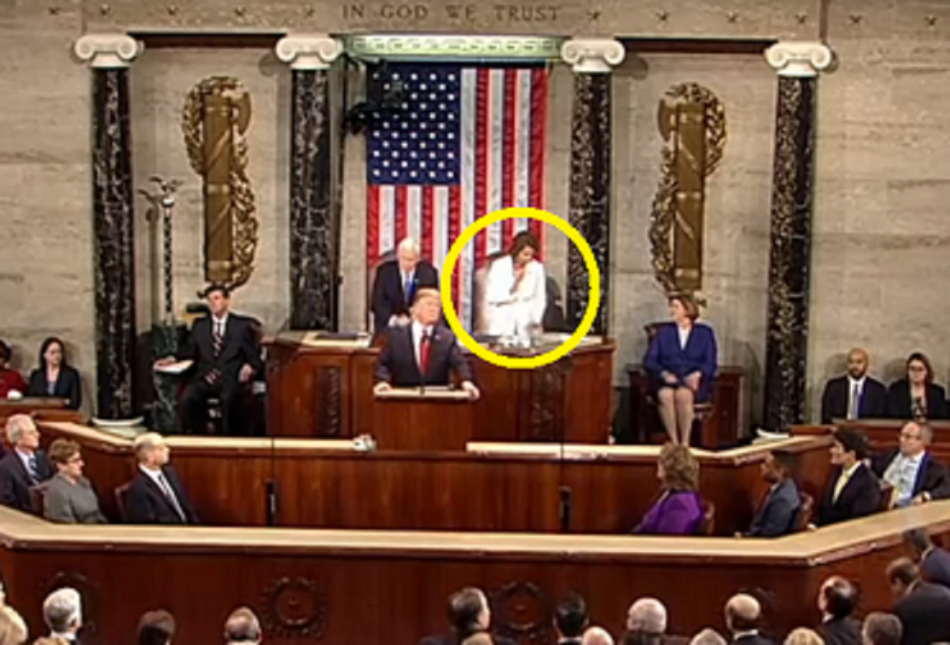 In addition to some strange facial expressions and mouth movements, House Speaker Nancy Pelosi (D-CA) appeared to freeze or “glitch” a couple of times during President Trump’s State of the Union Address on Tuesday evening.

For a few moments, Pelosi stood and kept her right hand raised up in the air while everyone else in the room was already seated.

UPDATE #1: Here she is “glitching” again. What’s going on with Pelosi?

Both instances can be spotted in the original White House YouTube video at timestamps 20:10 and 50:40.

Is she well enough to serve as the Speaker of the House of Representatives?

Published in Conspiracy, Politics and Weird