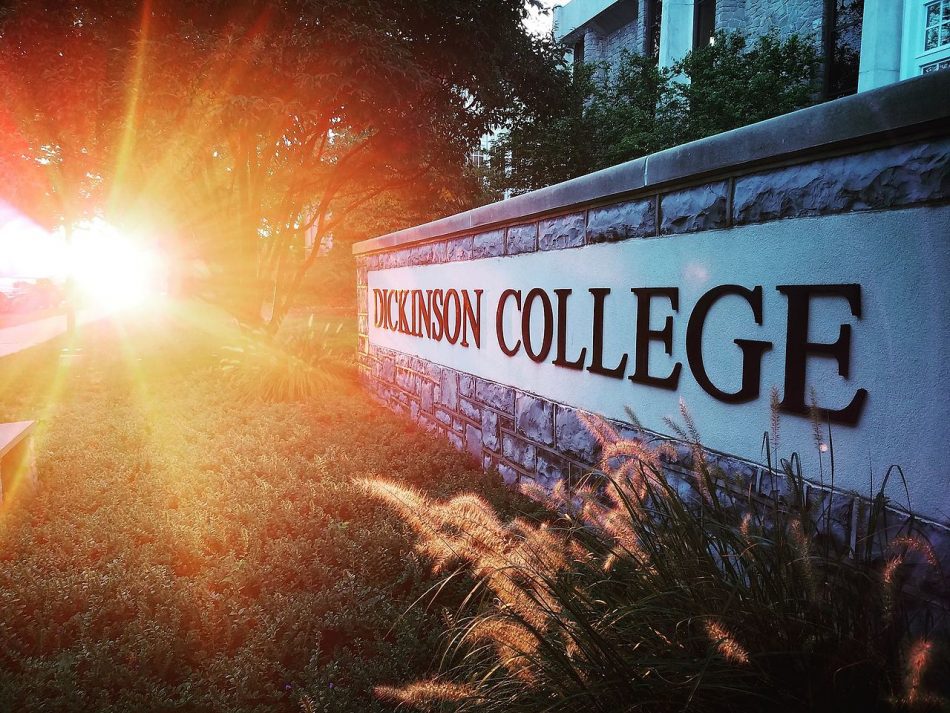 Leda Fisher, a student at Dickinson College and guest writer for The Dickinsonian, published an article on Thursday titled ‘Should White Boys Still Be Allowed to Talk?’

The student started off her opinion piece with the following:

“When you ask a question at a lecture, is it secretly just your opinion ending with the phrase ‘do you agree?’ If so, your name is something like Jake, or Chad, or Alex, and you were taught that your voice is the most important in every room. Somewhere along your academic journey, you decided your search for intellectual validation was more important than the actual exchange of information.”

She continues, and specifically calls out white men, claiming their opinions are valuable only because American society says so:

“American society tells men, but especially white men, that their opinions have merit and that their voice is valuable, but after four years of listening to white boys in college, I am not so convinced.

“In my time at Dickinson I have listened to probably hundreds of white boys talk. It feels incessant. From classes and lectures, to the news and politics, there is an endless line of white boys waiting to share their opinions on the state of feminism in America, whether the LGBTQ+ population finally has enough rights, the merits of capitalism, etc. The list of what white boys think they are qualified to talk about is endless. Something very few of them seem to understand is that their (ill-informed, uncritical) opinions do not constitute truth.”

Fisher seems to think that American institutions (a.k.a academia) are mostly to blame for white mens’ “dominant ideologies,” or “misleading garbage” as she likes to put it. Funny thing is, for the past decade or even longer, many schools have employed instructors that heavily lean Left, and no matter what subject they teach, these infiltrators just love pushing their own (SJW, feminist, socialist, communist and anarchist) ideologies onto the young, impressionable students in their class.

Halfway through her diatribe, the Dickinson student gets a bit irritated and begins to reveal her true feelings about “white boys”:

“I am so g****mned tired of listening to white boys. I cannot describe to you how frustrating it is to be forced to listen to a white boy explain his take on the Black experience in the Obama-era. Hey Brian, I’m an actual Black woman alive right now with a brain. In what world would your understanding of my life carry more weight than my understanding? Unfortunately, it is this world, where white men debate the pain of other people for fun and then take away their rights.

“The second thing most white boys seem not to understand is that they do not exist separate from the rest of the world. You do not speak alone, you speak with the weight of every other white man who has spoken over a woman, erased the contributions of queer people from history, or denigrated ‘broken English’ as unintelligent. You speak with the weight of policies and laws meant to forever define intelligence by how it measures up to the bros of America.”

“Should white boys still be allowed to share their ‘opinions’? Should we be forced to listen? In honor of Black History Month, I’m gonna go with a hell no. Go find someone whose perspective has been buried or ignored and listen to them, raise up their voice.”

This particular professor’s thoughts, opinions and ideals are dangerous. She shouldn’t be allowed to corrupt the minds of our youth with her blatant racism.

But, it will be no surprise if she keeps her position.

Even though Fisher is just a student, it is interesting how the college still allowed her to publish such a racist opinion piece in their official paper.

Correction (11:14am PT 2/8/19): We originally believed Fisher was a professor at the college, but it turns out she is a student who occasionally writes for her school’s newspaper and majors in American studies, with a minor in women’s & gender studies.