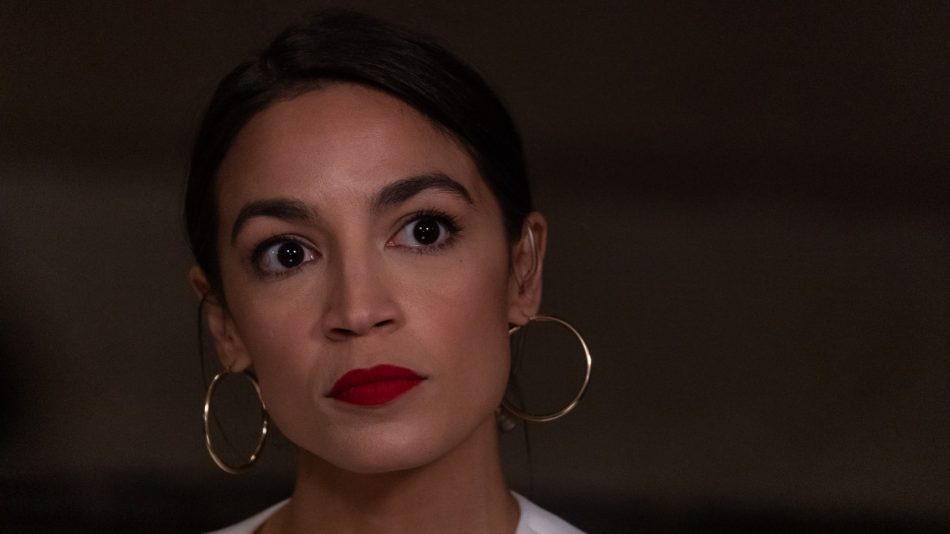 EXCLUSIVE: Washington Insider Claims Alexandria Ocasio-Cortez Is A “CIA Asset” That Was “Placed In The Democrat Party To Help Destroy It”

Representative Alexandria Ocasio-Cortez (D-NY) has been in the media spotlight lately, partly due to her hostile behavior at the State of the Union Address and, most recently, the ridiculous “Green New Deal” legislation she has proposed.

Surprisingly, her plan was mocked and criticized by both Republicans and Democrats (and even the mainstream media).

Ocasio-Cortez, along with her staff, are currently in damage control mode after posting a “Green New Deal FAQ” page on her official .gov website and then almost immediately deleting it.

The internet never forgets, though. Here is an archive from the ‘Wayback Machine’:

The FAQ highlighted a few things her deal would offer, which the New York representative claims is building on “FDR’s second bill of rights.”

Some of these items would guarantee:

Sounds good, right? But who is going to pay for it?

Financial security for those who are unwilling to work!? What kind of madness is this??

If AOC’s goal was to stir up trouble in the Democrat Party with her radical far-left ideas, she’s definitely succeeding.

House Speaker Nancy Pelosi excluded Rep. Alexandria Ocasio-Cortez, the New York Democratic freshman who has made curbing climate change her number-one cause, from a special climate committee whose members were announced Thursday.

Pelosi said that Ocasio-Cortez declined a spot on the panel.

Pelosi, D-Calif., announced the appointments on the day Ocasio-Cortez unveiled her “Green New Deal” initiative aimed at ending the use of fossil fuels in America in the coming decades. The “Green New Deal” would transform the U.S. economy through a massive mobilization of resources by the government in order not just to reduce carbon emissions but also to alleviate income and wealth inequality.

Instead, Pelosi chose Rep. Kathy Castor (D-FL) to chair the panel, along with eight other Democrats.

At this point, you might be wondering why AOC and some other junior Dems, such as Ilhan Omar (D-MN) and Rashida Tlaib (D-MI), are aggressively trying to take over their party and steer it in a completely new (and un-American) direction.

An alleged Washington, D.C. “insider” with intimate knowledge of the situation explained exactly what is going on and why Ocasio-Cortez was chosen to be the new darling of the Democratic Party:

“The deep state has turned on the Democrats; the sh*t storm in Virginia is the opening salvo in this effort. Before tomorrow`s [State of the Union Address], I wanted to share one last bit of information and [want you to] think of all that has happened and [then] maybe the pieces will fall in place for you.

“Cortez is a CIA asset that was placed in the Democrat Party to help destroy it. Her election was a fraud and her actions now are predicated on her instructions to split the party into Socialist and Democrat parts. Many of the Democrats will split off to the Republican Party and by 2020, the Democrat Party will be totally Socialist.

“She will leave office after one term and will retire to Europe where she will have access to a 56 million dollar Swiss Bank Account.”

Keep in mind, this information was posted on an anonymous forum, so we can neither confirm nor deny its authenticity.

That being said, the “insider” wrote the message before President Trump’s SOTU address. Ocasio-Cortez has since stirred the proverbial pot with her newest legislation (Green New Deal), so it’s not too far-fetched to believe she was placed inside the party to cause havoc.

One person responded to the claim that “many of the Democrats will split off to the Republican Party”:

“This is insidious as f**k. So, the entire overton window will just move to the left, and its a good thing? I knew the deep-state-turned-good-guy meme was forced for a reason. Pathetic.”

The “insider” replied with more information (and questions):

“Actually it is quite funny. And perfectly understandable. Do you really think a punk bartender would have been elected without a whole operation in place to ensure her election? Starting with a world class IS operation that flipped ballots in New York to ensure her victory.”

Whether this person is actually from the swamp in Washington D.C., or is maybe even in the CIA itself, is unknown.

What we do know is Alexandria Ocasio-Cortez already has some egg on her face, and we’re barely two months into 2019.