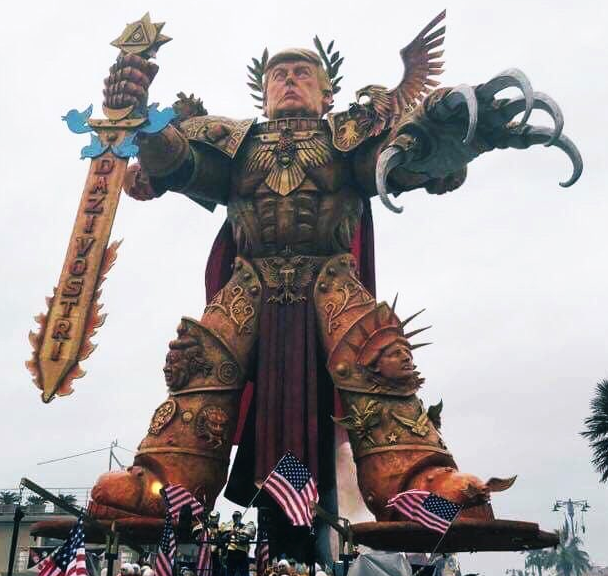 The ‘Viareggio Carnival’ in Italy celebrated its 147th year by featuring a gigantic float of U.S. President Donald Trump dressed as the “God Emperor” – a meme that went viral during the 2016 presidential election.

Revelers can be seen dancing and celebrating in the streets as the float moved its arms, head and even eyes.

Here are a few interesting observations about the insanely-detailed float: