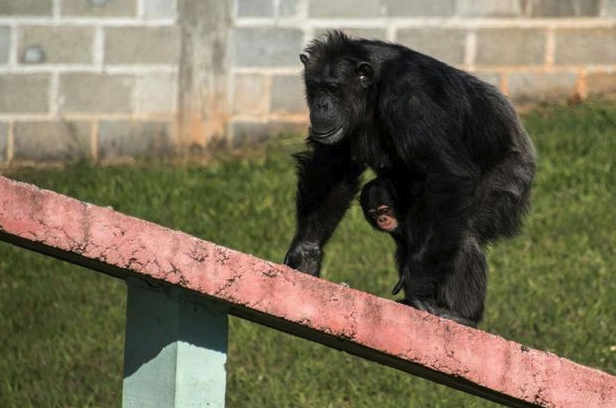 Most of us would wish to escape from captivity and a group of abstract thinking chimpanzees temporarily managed this feat by building a makeshift ladder to escape from Belfast Zoo.

Watch chimps use branch to climb out of enclosure at Belfast Zoo (footage courtesy of Dean McFaul) pic.twitter.com/qrdQSZxSqt

The escaped chimpanzee was later seen striding down an embankment and onto a roadway. However, later all of the chimpanzees returned home, apparently not caring much for human habitats. Speaking with The Guardian, Zookeeper Alyn Cairns states that the trees in the enclosure had been weakened by the storms (such as the recent Storm Eric), providing structures for the chimps to break and use as ladders to escape.

He adds, about the chimps returning home: “They’re intelligent primates and know they’re not supposed to be out of their enclosure, so got back in themselves.”