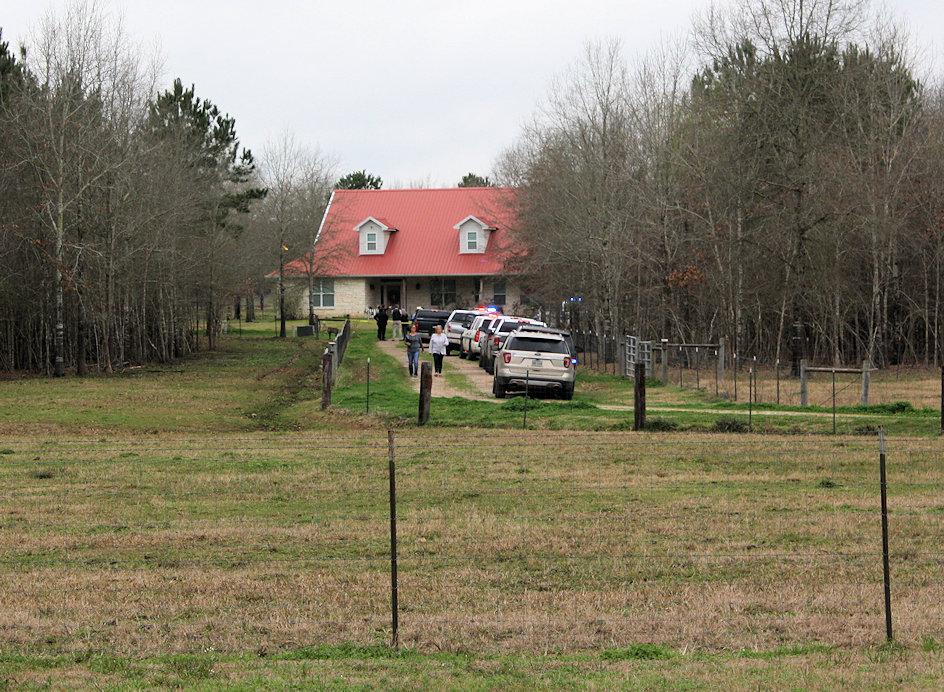 On Monday morning, the Polk County Sheriff’s Office reported a family of five was found shot to death in a rural Texas home.

Deputies who responded to the scene said they found multiple victims with “apparent gunshot wounds” in the house, which is located about 70 miles northeast of Houston in the unincorporated community of Blanchard.

The chief deputy of the sheriff’s office, Byron Lyons, said a call for help came in at around 10:30am local time.

According to NBC News:

The victims include the elderly couple who owned the home, Linda Delaney 72, and Carlos Delaney, 74. The other three victims are Ashley Delaney, 27, her husband, Randy Horn, 54, and their 15-month-old daughter.

Only one survivor, who police identified as Ashley’s mother, was found at the home.

In an interview, Chief Deputy Lyons said, “The person who was found inside the house was not harmed; they were locked in a back bedroom. She is being interviewed. She is not a suspect at this time.”

The woman was reportedly sleeping in the bedroom when she heard a commotion outside. She said she was able to speak to her son on the phone, who then decided to call police to the residence.

Lyons said sheriff’s detectives are currently investigating the scene along with Texas Rangers, but are not ready to confirm whether they believe the case is a murder suicide:

“We’re waiting for the autopsy to come out so it will be able to determine whether or not Randy Horn will be our suspect or he will be a victim in this.”

NBC News reports the victims’ bodies were sent to the county medical examiner for further examination.

Here is an official statement from the Polk County Sheriff’s Office (source):

On February 11, 2019 at 10:32am the Polk County Sheriff’s Office received a call along with Allegiance EMS requesting a response to 3600 block of FM 3126 in the Blanchard Community of Polk County for multiple victims of an assault.

Sheriff Hammack reports the investigation is underway with Detectives from his agency along with Texas Rangers all on scene.

The scene is extremely fluid making it difficult to release information. Information will be made available at a designated time, to be announced.

At this time we have 5 confirmed deceased at the residence.