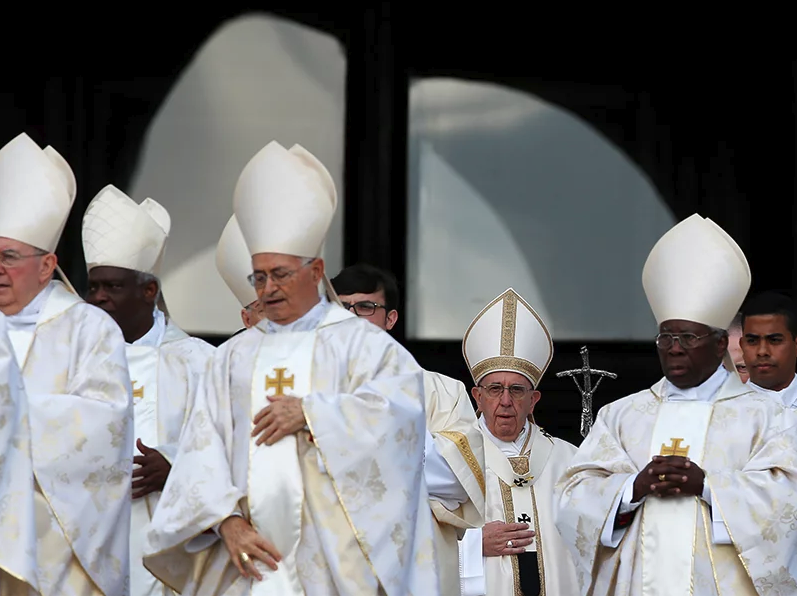 A 600-page book due to be published on February 21st is claiming 80 percent of Vatican priests are gay.

‘In the Closet of the Vatican’ by French journalist Frédéric Martel details four years of reporting, according to The Guardian.

Martel’s publisher, Bloomsbury, said the book promises a “startling account of corruption and hypocrisy at the heart of the Vatican which reveals a clerical culture of secrecy which starts in junior seminaries and continues right up to the Vatican itself.”

Its release date coincides with the first day of a massive Vatican conference about sexual abuse within the Catholic church, which some worry may lead to critics again conflating the issue of sexual abuse with homosexuality.

The book’s author, Martel, identifies as a “non-Catholic and openly gay man.” He visited the Vatican on a monthly basis while conducting his research and interviewed 1,500 clergy members and diplomatic officials.

According to The Tablet, a Catholic news site, Martel claimed “the more vehemently a priest denounces homosexuality, the more likely it is that they are gay themselves.”

While many priests are “in denial” about their homosexuality, some reportedly maintain long-term discreet relationships and even partake in “high-risk” casual encounters.

Even though Martel claims four in five Catholic priests are gay, he doesn’t think all are necessarily sexually active.