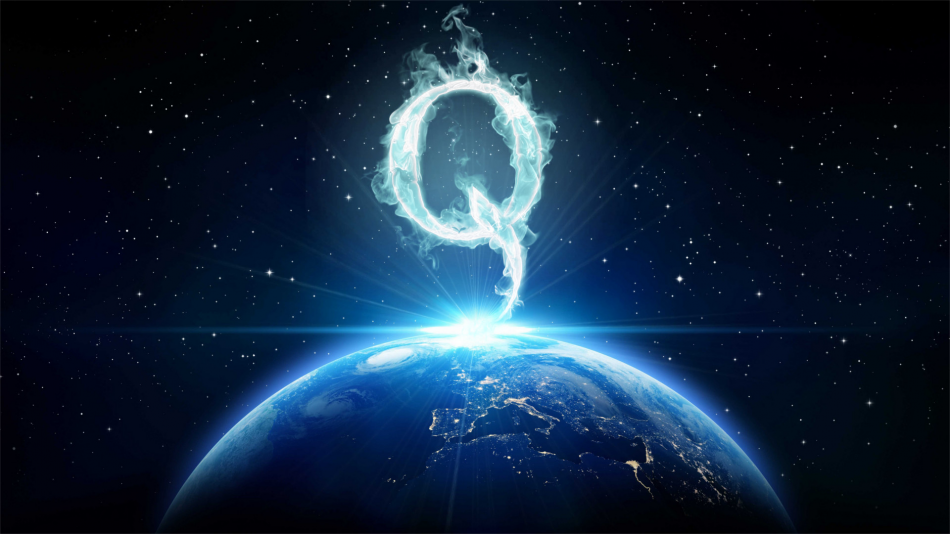 QAnon’s Identity Has Been Revealed…

Someone recently posted a lengthy thread titled ‘QAnon’s real identity’ on popular image board 4chan. The OP (original poster) claims to know who QAnon really is and goes into great detail about their past, as well as Q’s direct connection to President Trump.

They started off the thread with the following message:

“I thought this would be a good place to share the following information. You can choose to believe it or not. It really doesn’t matter to me, as long as I can finally get this off my chest.

“I know who QAnon is. I know him personally and have for years. I’ve gained his trust and, as a result, he has filled me in on quite a few things.

“I don’t believe posting this information will compromise my identity, as the man behind QAnon has hundreds (if not thousands) of contacts.”

The person then reveals QAnon’s real name, although he supposedly goes by many other aliases:

“Due to his sketchy past, he has gone by many aliases. I don’t know his birth name, but I do know the name he gave me when we first met.

“The name I know is Martin R. Zamboni. Again, he may be using other names, but this is the one I know.”

“Now, Mr. Zamboni has been involved with many different organizations. They’ve included criminal enterprises such as the Italian mob, where he was first introduced to the shady lifestyle he continues to live to this day. Mr. Zamboni has also worked for multiple agencies within the ‘Deep State’ as you folks like to call it. Some are the run-of-the-mill alphabet agencies you’re familiar with. Others… well, let’s just say they have been around for a very long time, but are not exactly known to the public.

“Mr. Zamboni told me he grew up in Upstate New York. He didn’t tell me where exactly, but it was a ‘very small town’ in a ‘very secluded area.’

“In the late 1970s when Mr. Zamboni was just a young child, him and his parents moved to Rome. This is where he was confronted by members of the Banda della Maglian crime family.

“While Mr. Zamboni’s father vehemently protested against the involvement of his son in criminal activities, one of the leaders, through intimidation, convinced him to back off.

“Mr. Zamboni left school and started doing small tasks for the gang, while bringing in a substantial amount of cash. This continued for years until he finally ascended the ranks and attained a relatively prestigious position within the gang. He was able to become a ‘made man’ because Mr. Zamboni is of 100% Italian ethnicity.

“In order to expand their operations, Maglian higher-ups ordered Mr. Zamboni to move back to the United States. By this time he was an adult, albeit still very young.

“While his parents stayed in Rome, Mr. Zamboni moved to New York City and established a local operation. In the late 1980s, he was busted by the FBI in a money laundering scheme (amongst other crimes, such as extortion, cocaine peddling and more).

“Due to the scale of the operation Mr. Zamboni had established, and the criminal-related connections he was able to make, the FBI, instead of pursuing criminal charges, decided to offer him a deal which would include informant-type activities and other undercover work.

“By this time, Mr. Zamboni had a fiance and two children of his own. For the sake of the safety and security of his family, he decided to accept the FBI’s offer.”

The leaker goes on to talk about Zamboni’s undercover efforts to gather incriminating data on his “former mobster colleagues”:

“For a few years, Mr. Zamboni, unbeknownst to his former mobster ‘colleagues,’ was gathering information that would later be used to indict them and ultimately shutdown the whole Maglian operation (along with some other crime families) in New York City.

“After all was said and done, Mr. Zamboni and his family were forced into hiding via the Witness Protection Program. During this time, and since the government gave him a large sum of money to live off of, he chose to pursue a higher education and eventually got a PhD in psychology from a very well-known university (he never told me which one).”

This is apparently when things got “really interesting” for Zamboni:

“Shortly after attaining his PhD, he was approached by a group of three men from one of the more secretive government agencies I mentioned before. Mr. Zamboni told me the agency had an official name, but those in the know simply referred to it as ‘Q-35’ and it was established during President John F. Kennedy’s term in office. JFK was supposedly unaware of Q-35’s existence.

“The men knew everything about Mr. Zamboni; his criminal past, the work he did for the FBI, his family’s personal information, etc.

“Mr. Zamboni was taken aback, as he thought he would begin his ‘new life’ by traveling a more legal and righteous path. He had planned on leaving his dark past behind and focus on being a good father and husband.

“Unfortunately, this was not in the cards for Mr. Zamboni.

“The Q-35 agents threatened to expose his identity and location to the Banda della Maglian crime family back in Italy if he did not cooperate and ultimately join their organization as an ‘operative.’

“Mr. Zamboni asked the agents why they specifically wanted him to join the agency. They responded by saying he has already proven himself to be competent in undercover operations and, along with his newly acquired doctorate in psychology, he would be the perfect ‘asset.’

“Fearing for his family’s lives, he had no other choice but to accept their offer.”

Zamboni allegedly worked for this nefarious “Q-35” government agency for more than 20 years.

Interesting note: Perhaps the reason he calls himself ‘QAnon’ is due to his involvement with Q-35? Also, John F. Kennedy was the 35th President of the United States. According to the OP, Q-35 was created during his time in office.

Here is the rest of the thread:

“He did not tell me exactly what he did or where he went [while working for Q-35]. He often said the agency was ‘comparable to the CIA’ but no traces of their activity could ever be found. Mr. Zamboni said this particular government agency conducted real ‘black ops,’ many of which were sinister in nature (geo-political sabotage and influence, colour revolutions, etc).

“After 9/11, Q-35 really ramped up their operations on the U.S. mainland. Mr. Zamboni said their initial goal was to push for a police state, but they later changed their M.O. to rendering our Constitutional Republic null and void and replacing it with a more Marxist-centric government through new emerging technologies (such as easily accessible smart devices, social media and the monopoly of curated information/knowledge through Silicone Valley tech giants).

“Shortly after Donald Trump announced his 2016 presidential bid, Mr. Zamboni, who had never met Trump before, started watching the momentum he was gaining.

“Remember, Mr. Zamboni was coerced against his will into serving as an operative for Q-35; he did not enjoy his work or share the views of the organization. In fact, he felt very guilty for what he had done during his tenure there.

“After Trump was sworn in as president in January, 2017, Mr. Zamboni had requested a meeting with the president through one of his contacts. During the meeting, Mr. Zamboni explained to the president some of the ‘Deep State’ forces that had been at work for decades. He said even though it is widely believed presidents are briefed on ‘everything’ once they get into office, this was not true.

“Mr. Zamboni said there are ‘many’ secret agencies (not just Q-35) that work to undermine certain efforts if they conflict with their own (and their ‘handlers’).

“He told me President Trump appreciated the information and struck a deal with him: to act as a sort of liaison between himself and the people.

“Mr. Zamboni chose to assume a new online identity known as ‘QAnon’ to relay messages to loyal patriots about the on-goings of the Trump administration.

“He said there is only so much Trump can directly inform the people about (through platforms like Twitter). This is where QAnon comes in to fill the gaps.

“Again, you can choose to believe what I am telling you or simply discard it as just another ‘hoax.’ That is up to you.

“QAnon is real. QAnon is a patriot just like you.”

In their final message, the poster included a photo named “trust the plan”:

The image supposedly shows “Mr. Zamboni” sitting in the back of a conference room (White House?) His face has been blurred to “protect his identity.”

With so much disinformation floating around out there, we’re not entirely sure if this is real or simply another larp.

We’ll leave that up to you to decide…