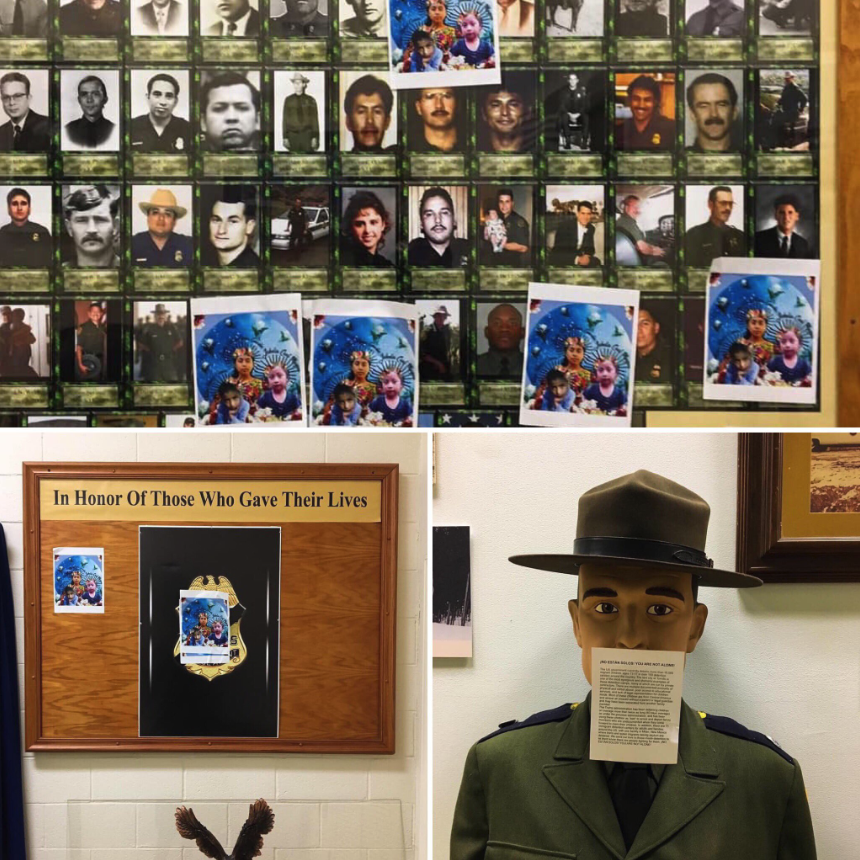 Federal Authorities Are Investigating More Than 100 Acts Of Vandalism By ‘Professional Agitators’ At The Border Patrol Museum In El Paso, Texas

The museum will remain closed for the rest of the week as authorities pore over and gather evidence of the crimes.

According to the museum’s director, their efforts could lay the basis for an FBI case against the “professional protesters” who stormed the private facility last weekend.

In an interview with the Washington Examiner, David Ham, a retired Border patrol agent who oversees the museum’s operations, said the Army Criminal Investigations Division Command has taken over the case because the museum happens to be located on federal land in Fort Bliss:

“We’re finding out a lot of these folks were professional agitators. One of them was the female who climbed the Statue of Liberty. One who led the protests in Ferguson, Missouri.”

Military officials are currently collecting and documenting the 110 pictures that were glued onto a number of objects inside the museum – 20 of which were tacked onto framed photographs of Border Patrol agents who died in the line of duty.

The pictures show three children, including Jakelin Caal. The 7-year-old died hours after illegally entering the United States near Antelope Wells, N.M., and an autopsy cited sepsis, a blood condition she would have had prior to being taken into custody, as the reason for her death.

He was referring to Therese Okoumou, who climbed the Statue of Liberty as a protest against President Trump’s immigration policies on Jan. 5, 2018, and Elizabeth Vega, who was involved in demonstrations in Ferguson, Mo., following the police shooting of Michael Brown in 2014.

I’ll let you draw your own conclusions about the hypocrisy of their actions…🙄 pic.twitter.com/VUmMmwAIqO

Even though no serious damage was done, there was quite a bit of “minor damage” from the 110 pictures that were glued and tacked onto signs, mannequins, painted walls, plexiglass, cars and more.

Ham firmly believes the event was meticulously planned and coordinated in an effort to send a message:

“The whole thing was organized with where they were supposed to stand. They took great effort to conceal the people placing the stickers throughout the museum. We’ve identified the person who went into the memorial and placed all the stickers.”