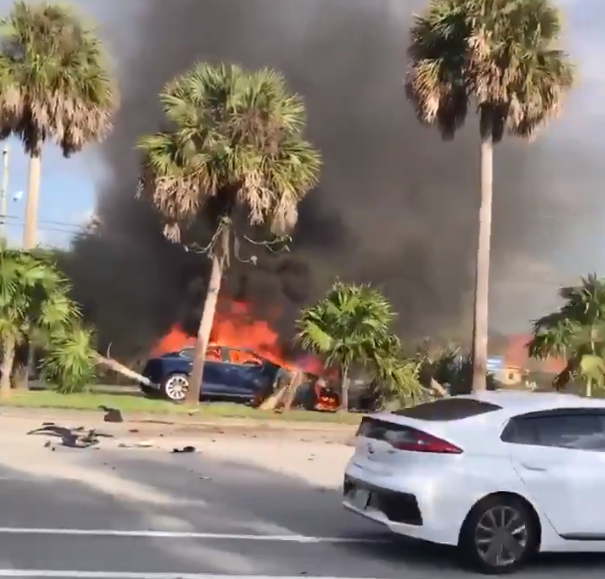 A Tesla Model S caught fire during a fatal crash in Davie, Fla., on Sunday and reignited several times in the tow yard that police sent it to later in the day.

Omar Awan was killed after his car lost control and drove into a row of palm trees on Flamingo Road in Davie as it was traveling at speeds between 75 and 90 mph, according to police.

WATCH: A @Tesla crashes into a tree and bursts into flames in Davie on Flamingo Rd. Unfortunately the driver died on scene according to Davie Fire Rescue. We have @SanelaWPLG on scene working the story. (🎥 via Daniel Dobb) pic.twitter.com/uJCKjWOPJx

The Associated Press reported that an emergency responder tried to break a window to extract Awan from the burning car, but was unsuccessful. A self-proclaimed witness to the event told WPLG news that the doors couldn’t be opened and that the driver was trapped by the airbags, but her account has yet to be corroborated by officials.

Fire crews were then called to the tow yard three times overnight as the battery pack reignited, which is a frequent occurrence in the aftermath of electric car fires.