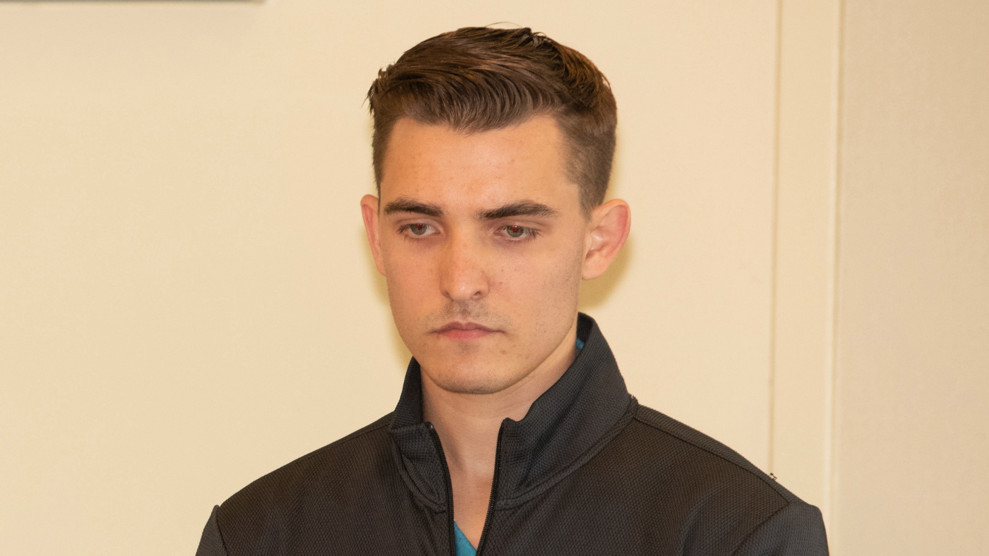 The Curious Case Of Jacob Wohl, USA Today And Twitter…

On Tuesday, USA Today published a story about Jacob Wohl, a 21-year-old social media star who had gained a relatively large following and recently pushed a “birther conspiracy theory” about 2020 hopeful Kamala Harris not being eligible for election “because she had immigrant parents and spent part of her childhood in Canada.”

The reason: He disclosed a whole bunch of very peculiar and self-incriminating information to USA Today, including the “fact” that he was planning on manipulating the platform through various fake accounts.

Why would he do this, though?

Why would Wohl, a self-professed “political and corporate intel consultant” and avid supporter of President Trump, go to a liberal/leftist news outlet like USA Today and essentially spill the beans on all of the “tricks” he has supposedly used (and will use) to become successful?

This is all so very strange…

Wohl not only talked about his past plans, but also his future plans with the paper:

Wohl disclosed a raft of schemes he says are in the works that he hopes will resonate in the run-up to the 2020 presidential election.

He says he plans to create “enormous left-wing online properties” – such as deceptive Facebook and Twitter accounts – “and use those to steer the left-wing votes in the primaries to what we feel are weaker candidates compared with Trump.” It’s a plot similar to what Mueller has charged in indictments that the Russians crafted in an effort to boost the 2016 campaigns of Bernie Sanders and Jill Stein and hobble Hillary Clinton.

Another stated scheme: seeking to collect damaging information on left-leaning non-profits including Media Matters for America, the Southern Poverty Law Center and Right Wing Watch by offering their insiders “moral reconciliation,” and if that doesn’t work, “things of worth” – such as money.

Again, why would he do this? For attention? Seeing how he had close to 200,000 followers on Twitter, that seems unlikely.

Is there a video interview of Wohl speaking to the USA Today reporter?

Also, what’s up with the dramatic reporting from Gus Garcia-Roberts, the article’s author?

Wohl chose to meet at Coffee Nature, probably the closest thing to a hipster coffee shop in his resident Orange County, in a nod to the tweets that gained him fame and derision before he was best known for allegedly trying to catfish the special counsel…

He arrived at the Orange County cafe in a black Corvette with new-car paper license plates and extended a rigid hand but did not shake when a reporter grasped it. Sipping a free cup of ice water, the thin, severe-featured Wohl, who speaks in clipped verbiage, quickly worked into conversation that he was carrying a concealed firearm in response to the “voluminous left-wing threats” he has received.

Seriously, where do they come up with this stuff?

Additionally, “Jacob Wohl” just happens to be the number one trend on Twitter right now (3:25pm PT on 2/26/2019). If you weren’t aware, Twitter staff manually curates these trends: 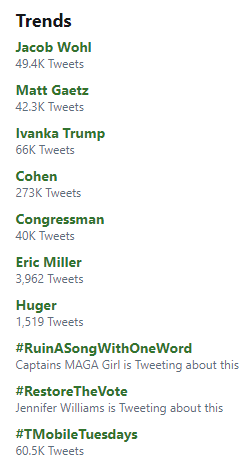