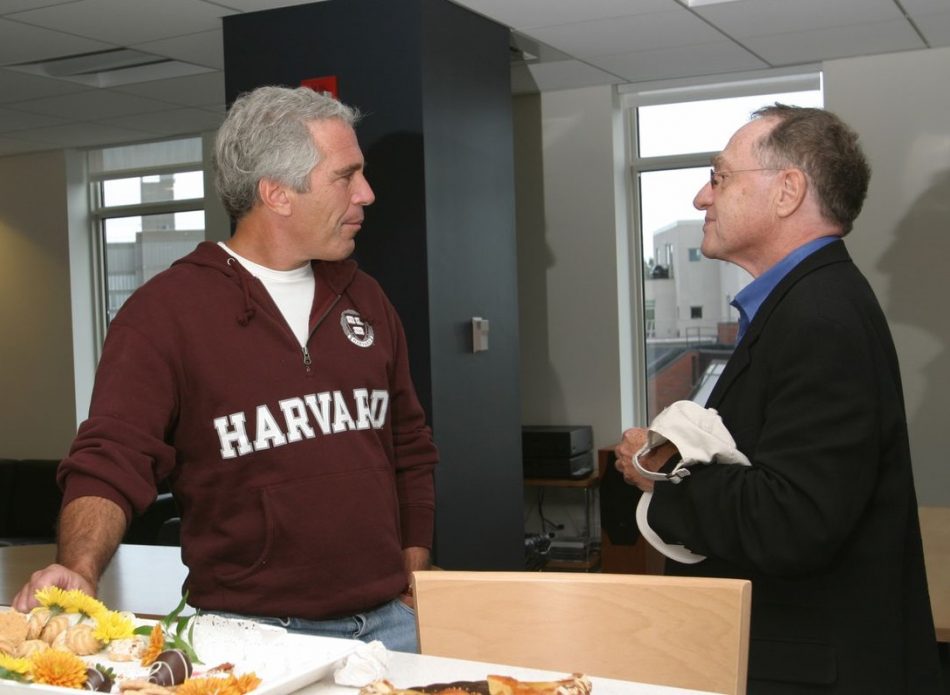 This Wednesday, a court hearing in New York City will determine whether or not sensitive documents related to the alleged sex trafficking of underage girls by Florida billionaire Jeffrey Epstein will be unsealed.

The mainstream press originally planned on covering the hearing, but Alan Dershowitz, a professor at Harvard and criminal defense attorney who represented Epstein in the past, recently wrote a letter to the U.S. District Court of Appeals requesting the media be excluded from the proceeding because “his oral arguments on behalf of his client could contain sensitive information that has been under seal.”

Dershowitz’s lawyer, Andrew G. Celli Jr., said the Harvard professor is not trying to outright prevent the press from covering Epstein’s hearing, but instead is simply just giving the court a “heads up” that his arguments could include never-before-seen information:

“What the letter says very clearly is we intend to make reference to the sealed material in open court, so we want to notify the judges that this is my intention to make my arguments. We want the courtroom to be open so long as we can argue the substance of what we want to unseal.”

As of Friday, the appeals court had not responded to Dershowitz’s concern.

“If the hearing is closed during his lawyer’s argument, it would represent the latest in a long history of successful efforts to keep details of Epstein’s sex crimes sealed.“

The Herald and “other parties” are seeking to unseal a 2015 court case involving Epstein and his British partner, Ghislaine Maxwell.

As we reported earlier, the Democrats and mainstream media are positioning themselves to connect President Donald Trump with Epstein to both smear his reputation and destroy any chance he has of being reelected in 2020.

In one of the paper’s latest articles, they stated:

“The Herald, as part of an ongoing investigation into Epstein’s case, hopes to shed more light on the scope of Epstein’s crimes, who was involved and whether there was any undue influence that tainted the criminal justice process.”

The outlet later goes on to loosely tie Trump to Epstein through his secretary of labor, Alexander Acosta:

“Epstein’s deal, brokered by then-Miami U.S. Attorney Alexander Acosta, allowed Epstein to plead guilty to two prostitution charges in state court, and in exchange, Epstein and an untold number of others were given federal immunity. Epstein served just 13 months in the county jail, although much of his incarceration was served at his office in downtown West Palm Beach on ‘work release.’

“Last week, a federal judge ruled that Acosta, now President Donald Trump’s secretary of labor, violated the law because he and other prosecutors deliberately kept the deal secret from Epstein’s victims, who are now in their late 20s and early 30s.”

Published in Crime, Opinion and Politics