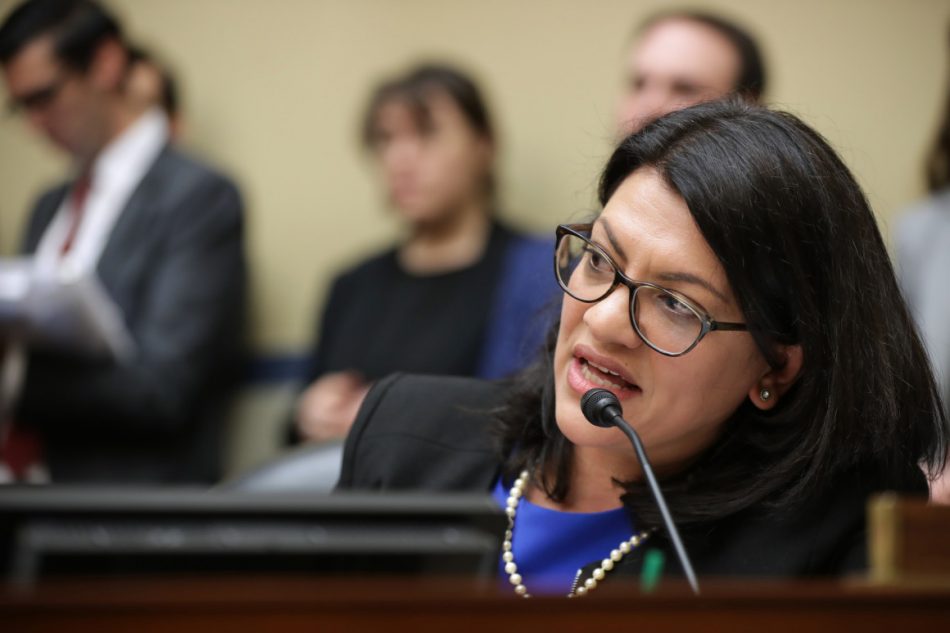 FEC rules state general election candidates are only allowed to take a salary from their campaign funds until the date of the election:

If the candidate loses the primary, withdraws from the race, or otherwise ceases to be a candidate, no salary payments may be paid beyond the date he or she is no longer a candidate.

These post-election payments most definitely violated FEC statutes and are raising some eyebrows.

The freshman Democratic representative from Michigan recently made headlines after she accused House Oversight and Government Reform Committee Member Rep. Mark Meadows (R-NC) of being racist for using a black woman on his staff as a “prop.”

“Just to make a note, Mr. Chairman, just because someone has a person of color, a black [person] working for them, does not mean they aren’t racist. And it is even insensitive – some would even say the fact that someone would even use a prop, a black woman in this chamber, in this committee, is alone racist in itself.”

Watch the interaction below:

WOW — @RashidaTlaib accuses Mark Meadows of racism for using a black Trump administration official as a prop earlier during the hearing. Meadows interrupts her to “ask that her words be taken down.” pic.twitter.com/DK6rjmCNw8